“Now that the haskap berry is registered, we get more requests for export”

Good times are ahead for the haskap Berry, also known as the honeysuckle or honeyberry. Last December, the haskap berry has been registered in Europe and are now allowed to be exported to other European countries. This means the start of an exciting period for a Polish grower, who used to only be allowed to supply the local market with their haskap berries.

Since the haskap berry received its official registration, it can now be exported to other European countries. For Polish growers BlueHaskap, it means their adventure can finally begin. According to general manager Anna Litwin, the next challenge is getting people interested in this relatively unknown berry: “Haskap berries are still not known very well. This doesn’t just apply to potential customers, but the producers as well. We’re still learning about the cultivation of these berries all the time. Most of the varieties cultivated in Polish farms are great for processing in juice or jams. But to become better known we have to introduce the haskap berry to the final customer as a fresh fruit to consume. At the moment only one or two varieties are suited for consuming them fresh, so it’s a big challenge to find more sweet varieties that can be transported over a longer distance.” 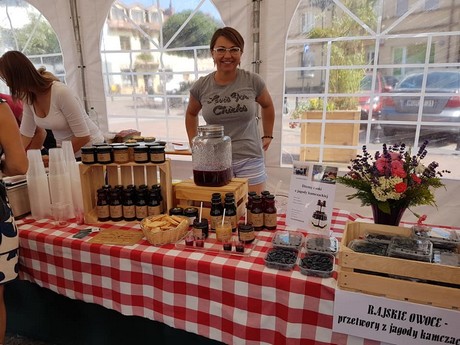 Now that the berries have been registered, Litwin has noticed a steady increase in demand. “It seems other countries are certainly curious about the haskap berry. Every since the registration went through we’ve been receiving requests from Belgium, Austria, Germany, the Netherlands, Switzerland, France, Scandinavia and Canada, USA or even Japan. This increase in demand means we have to be ready to supply fresh and frozen haskap berries, which we are! We also have haskap berries with an organic certificate available.” Litwin explains. 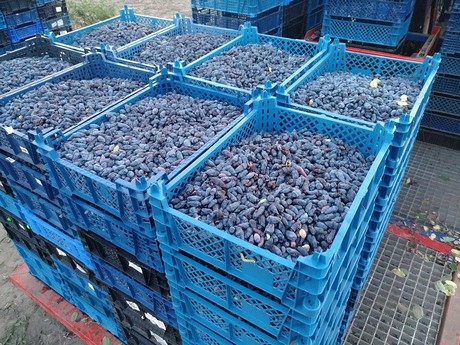 Although there has been some serious frost in Poland, damaging a large amount of blueberries, the haskap berries will have no issues with the weather. “In general, haskap plants are able to survive temperatures of lower than -30℃. In Poland, we very seldom experience those kinds of temperatures, so we don't have to worry. Anyway, one of the haskap farmers told me that some of the plants on his field were frozen this winter, during a few days with -20℃. It is difficult to say how that happened. In my plantation I’ve never had this kind of problem,” Litwin explains. “If we are talking about frost during the flowering period, like it was in the middle of April this year when it was -7℃, there hasn’t been a problem either. It didn't freeze any of the flowers. The only problem during this frost was a lack of bees which pollinate the flowers, this can result in a smaller amount of berries and some of them may be shapeless.”

Litwin sees great potential in the haskap berries. “Haskap berries… They are our life. We love them because their properties keep the body and mind in a good condition, it contributes to people their health. We believe that once people taste these haskap berries, they will love them as well and see how valuable they are.”