Imported onions have not managed to cover the demand

Onion prices in Spain are good for small producers

The situation of the Spanish and European onion market continues to be shaped by last summer's dry weather. There has been demand from all markets for the production from the winter packaging campaign. At the moment, Europe has empty warehouses in all countries and early onions are far from being able to cover the demand. This situation could translate into high prices in the medium term.

The campaign has already started in Murcia, and Andalusia, Valencia, Castile-La Mancha and the Ebro Valley will follow. The Spanish production is expected to reach its peak within four weeks. 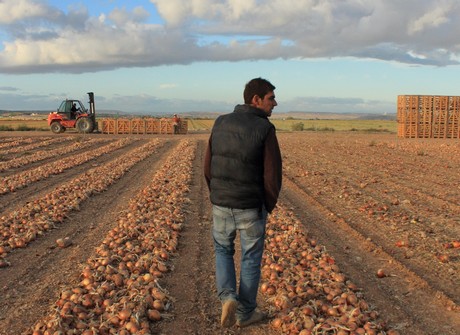 "The areas devoted to the production of early onions in Spain are dealing with a high demand from the packaging companies. The supply is currently limited because the campaign is starting slowly. Little by little, the volume will grow, and the supply is expected to have recovered by mid-July. However, the current high price will likely not fall in the short term," says Guillermo Agorreta, manager of Agorreta.

"The prices are record high and this increase will be beneficial for small growers, and not just for every other link in the chain. The warehouses must meet contracts with retailers who are waiting for the goods, and who agree to pay high prices to the producers in order to cover a restless demand. The producers, who have had to deal with low prices for several campaigns, can finally get good prices too," says Guillermo. 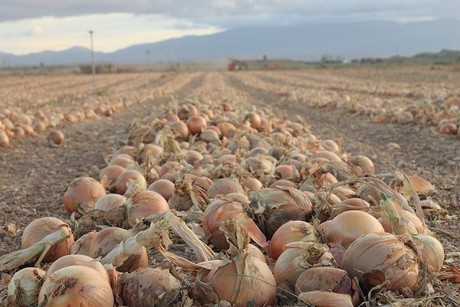 Another cause for the stable high prices is the insufficient import in terms of both volume and quality.

"Onions have been imported to cover an urgent demand for a month or month and a half. It has been a way to fill a gap due to the lack of goods while waiting for the new onion. However, the early harvest is still scarce and imports have been exhausted earlier than expected," said Guillermo Agorreta.

"We have tried to fill the gap with an expensive onion that hasn't satisfied the needs of the packers. The expensive logistics and the losses in the handling have entailed money losses," said the manager of Agorreta.