More rain in the coming days

Rainstorms, water bombs and hailstorms: there was no break in the bad weather hitting fields in the Italian region of Apulia. And the forecasts for the coming days still talk about rain.

"At the moment the situation is not the best, says Gianluca Giorgio, a young agricultural entrepreneur. Rain continues and there is also strong wind. For the next few days rain is expected again. My fields are mostly located in Acquaviva delle Fonti, but I have other ones in the Agro di Gioia del Colle and Santeramo, all in the province of Bari. The cultivated crops are cherries, apricots, peaches and plums." 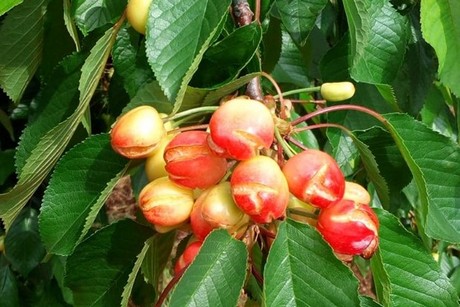 "The damage, at least in our area, was not caused by hail, but by excessive and endless rains," continues Gianluca. "The worst were recorded on Tuesday (night / morning) and caused the greatest damage, mainly to Bigarreau cherries in full ripeness, with a 90-100% lost, while Thursday's rain also seriously affected the Giorgia variety, of which a good 50% was lost."

On other crops, the entrepreneur does not report serious damage, because the fruits are still growing. "Almost non-existent damage on apricots, peaches and plums, but irrelevant in comparison with what happened to the cherries. On Monday morning (read today May 20th, 2019) I await inspections by officials of the Apulia region in my fields. My municipality has asked for a state of natural disaster." 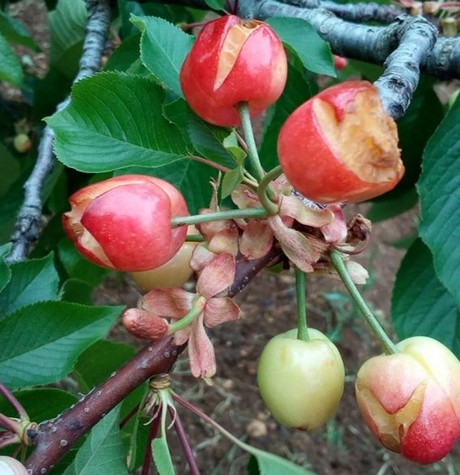 "In this area, all the farmers are in the same boat, with more or less serious damage. All due to excessive rainfall, caused by climate change. Working and investing in our lands is increasingly hard and has become a poker game," concludes Gianluca. 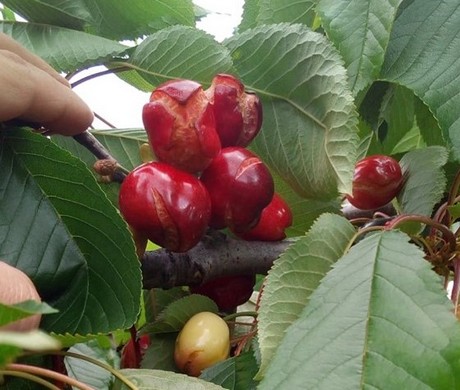 According to Savino Muraglia, president of the association Coldiretti Puglia, in the province of Lecce watermelons paid the highest price because of the wave of bad weather that has raged in the last week. 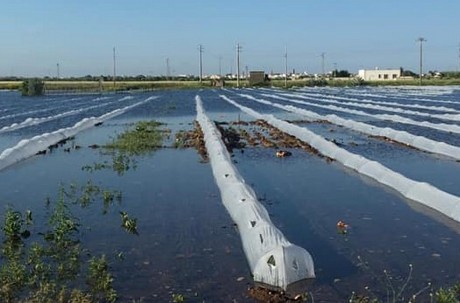 "It is a real collapse for watermelons - adds the president of Coldiretti Lecce, Gianni Cantele - with flooded fields and destroyed plants. In addition to watermelons, melon seedlings went up in smoke and vegetables became rotten."