Five days after the violent hailstorm that hit some areas of Basilicata and Apulia on the afternoon of Sunday, May 12, 2019, we returned to the fields to better understand the situation in Metapontum.

"The damage is really serious on a good percentage of the harvest. In Matera, the areas most affected are Marconia di Pisticci, Bernalda, Tursi, Rotondella and Montescaglioso. In other areas, fortunately, the crops have not been affected excessively. Francesco Vitelli, president of the  Consortium for the Defence of Agricultural Productions based in Metapontum, describes the situation. 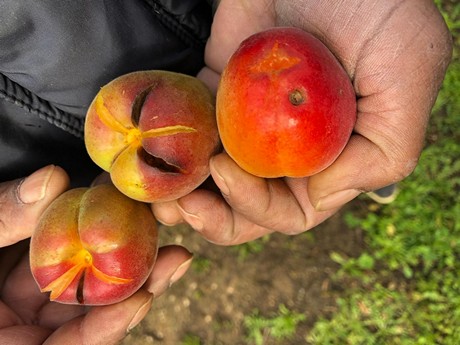 "Several millimetres of rain, strong winds and violent hailstorms have destroyed, or at least severely compromised, hundreds and hundreds of hectares of stone fruit, vineyards and citrus groves. According to initial estimates and reports received, only 30% of the crops were insured against such events. In one figure we read that, out of 100 companies, 80 are insured in the north and 20 in the south". 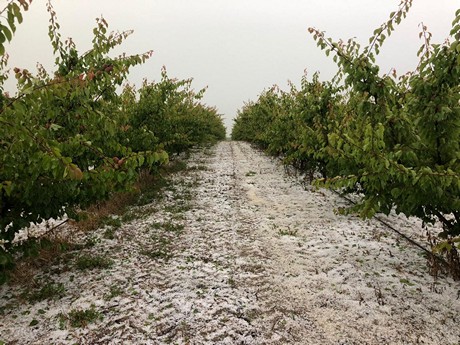 We have also heard from the agronomist Vito Vitelli, who explains: "When storms arrive at high speed, with blows similar to stones, the plants and fruits are filled with wounds through which, after about 24 hours, begin to develop a series of pathogens like mold, fungal agents, bacteria and more".

"In the less affected areas, a plant with slight lesions regenerates within a year. In other places where the event has shown its extreme strength, there is permanent damage, I always propose the drastic pruning or renewal of the plant, just because the trunk and the branches of the plant are the parts not affected". 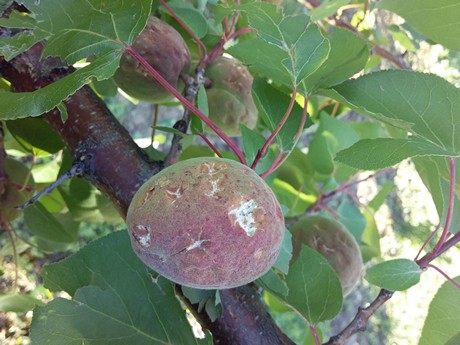 "Since there are no other solutions for the harvest, as has occurred in some areas of the Ionic arch, it is necessary to carry out anti-mould treatments and wound healing. Although such a hailstorm has been a cause of despair for several farmers, we must look at the positive side: the hailstorm that fell last Sunday occurred at the beginning of the vegetative recovery and not between June and July, when the flower buds of the fruit-bearing plants begin to differentiate. In this way, through a renewal pruning, the plant has every opportunity to regenerate again, so next year, we could have a good harvest, albeit in limited quantities".