"Exports of tomatoes to southern Europe struggling to take off"

The export of tomatoes to southern Europe is having a difficult start. "In Italy they are dealing with rain and low temperatures that have a negative effect on the consumption of tomatoes. There is also a lot of competition on the European tomato market. The Netherlands, like Belgium, is in full production, which means there is a lot of volume on the market pushing the prices down. At auction vine tomatoes are being sold for 20 cents. This is very low for the time of the year," says Gabriel Ghita of Alegriafruit. 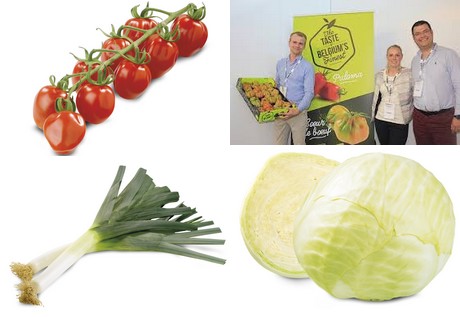 "As a result of the lower temperatures in our sales area, the open ground vegetables are going very well. Leeks did very well, but that season is coming to an end. Those in southern Europe now have new leeks, but the Belgian leek is still of good quality too. The price of leeks has been good all season. Especially compared to the season before. Cabbages have also been expensive at auction for a while, partially due to the drought experienced last summer," continues Ghita.

"Our export of pears is now finished. We have had a good winter season, but at the moment it is difficult to find parties that still have good quality. Despite the bad market, the demand was good and we had a fine season," according to Gabriel. "We are promoting the snack tomato Papritom by BelOrta in southern Europe at the moment, but we are also working on expanding our sales market with other European countries."