California storm activity having minimal effect on other fruits

Yesterday, FreshPlaza reported that storm activity this week and into early next week will likely cause major problems for California's cherry season. The next few days will determine what level of impact the storms will have on cherry growers.

For other fruits that are in season in California right now, the situation appears less dire. Strawberries are being harvested in the Salinas-Watsonville area, and even though growers there and also in Santa Maria have experienced rain, the amount was less than expected and there has been minimal impact so far. 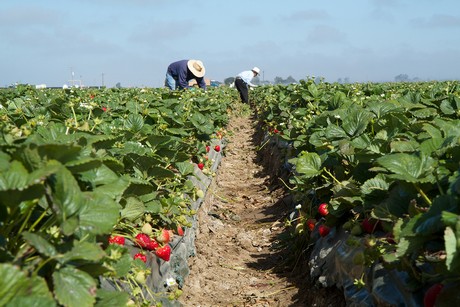 Workers are expected back in the strawberry fields today.

"It wasn't as bad as we were expecting," said Justin Sammut of Blazer Wilkinson. "We are still harvesting in Santa Maria and although we are predicting more rainfall this weekend, the intensity appears to be lighter than was originally forecast. There was also rain in the Salinas-Watsonville area on Wednesday night, but that cleared up by the morning and we will be right back into it over the next few days."

"Wait and see" approach for Central Valley stone fruit
In the Central Valley, growers of stone fruit other than cherries say they will have to wait and see if there will be any effects from the rain. Although harvest is underway on some early variety peaches and apricots, growers are not too concerned, saying even if they did receive rain, it's still relatively early in the season for it to cause any major damage. 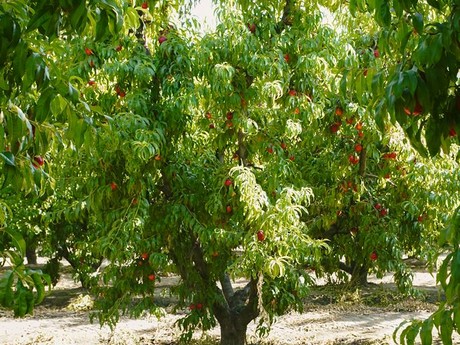 "We won't know what the effects will be for a while so we'll just have to wait and see," said Jon McClarty of HMC Farms in Kingsburg. "Precipitation during harvest is never good, but for it to come now is much better than if it were later into the summer. When fruit has been hanging on the tree longer, it build up particles from the air which can lead to staining, which is usually our biggest battle when it comes to rain. Therefore, with these systems, we may see some instances of fruit cracking but we are hopeful there will not be too much impact."