Dates are usually sourced from Tunisia, Algeria and Israel, and are mainly on sale at Christmas and Ramadan. Other origins, such as Iran, play a minor role, although quite different, exclusive varieties are produced there. The Berlin Andreas Langbehn but has made it his mission to make the Iranian dried fruit known and popular in Germany.

After two student semesters abroad in Tehran and further trips to Iran, the idea of ​​bringing Persian nuts and dried fruits to Germany grew. In 2017, the company was founded, says Langbehn. "In the beginning, I just jumped in cold. In other words, I just visited producers and potential suppliers, mostly in southern Iran. From last autumn onwards, I was finally able to take care of the company structure - ie marketing, packaging design and the search for potential customers." 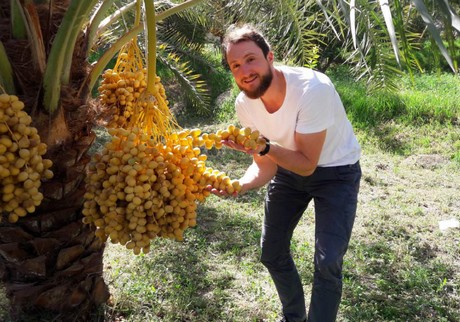 Owner and company founder Andreas Langbehn during a business trip.

Potential in wholesale
The next task is now to build a solid customer base in the German market and as possible to gain a foothold in the organic retail trade. The first orders have already been successfully delivered, explains the Berliner. "For the time being, we focused on the existing market for the packaging units, which vary from 200 g bags to 5 kg and 10 kg boxes, depending on the variety. Although we have a house brand in our program, the larger chains tend to prefer their own brands. The goods are locally packed in Iran. Our original goal was to go directly to organic markets and wholesalers and order and deliver directly from Iran without intermediate storage."

However, the ambitious importer has now also decided to buy midsize wholesalers - i.a. on the Berlin and Hamburg wholesale market - which he could supply from a cold store with smaller quantities. "We would like to deliver large boxes, where customers can then serve themselves in the supermarket, for example, in order to avoid unnecessary plastic bags or packaging material," adds Langbehn.

Mazafati & Piarom
In the dates industry, different origins (mainly Tunisia, Algeria, Israel) and proven varieties (Deglet Nour, Medjoul) definitively play a role. Therefore, Langbehn does not only wants to look to the existing market, but he wants to use Persian dates to cultivate different and new varieties. "The Mazafati would be priced at about the same level as Deglet Nour. The Kabkab is usually a tad cheaper and is available throughout the year. The Mazafati and Piarom are available between August/September until the present time. For next season, we certainly want to be able to deliver the full program for the Christmas and Ramadan holidays." 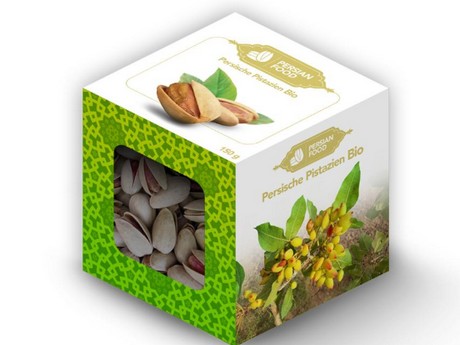 Persian pistachios are usually available between September and April. The three available varieties are available in all varieties (natural, salted, roasted, with and without saffron).

The Mazafati has already acquired a certain importance in German trade in recent years. The two other varieties from Iran - Piarom and Kabkab - are still a marginal phenomenon, says Langbehn. "Our goal  is to make these varieties more well-known. Therefore, we offer our entire assortment first in both organic and conventional quality. Regarding pistachios; we already only sell organic products."

The date assortment the new import company consists of three varieties: The Piarom has its own flavor and a texture like wine gums. The Kabkab grows exclusively in southwestern Iran and is a juicy, soft date variety. The best-known variety, Mazafati, is harvested fresh and has a slightly nutty taste.

Overall, the pioneer sees promising potential for import. "Of course, the Mazafati date has a certain value in the trade. More interesting is how the Piarom develops on the market: This relatively high-priced product has a firm consistency like no other date and that alone is a unique selling point. For pistachios - Langbehn sees good chances for the smaller variety of Fandoghi, although organic pistachios are still a marginal product in today's trade. "However, last year we had a request from Edeka for the bigger Akbari. In any case, I see opportunities for Iranian dates and pistachios in the German trade," he concludes.