“Good apple sales on domestic market in the Netherlands, small and class II pears were in trouble”

Last summer’s warm and dry weather has left its marks on the current top fruit season. Yet sourcing and sales manager Zweer van Aalsburg of FruitMasters still sees some rays of hope. “Price-wise, the Elstar season went fairly well. We’ll auction these until late June. Considering price levels were between 1.07 and 1.12 euro for 70s and 1.00 and 1.15 euro for the size-75s, we can’t complain.”

“Fuji apples are sold for prices between 63 and 70 cent, and Jonagold is also selling for fair prices. The apple sales within the Netherlands were good throughout the season. Quality of the apples was decent as well. However, it’s clear that this market has become a domestic affair. The excessive sizes that have to be exported were in trouble,” Zweer continues. 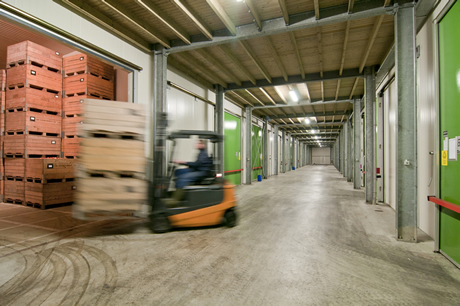 “In pears, the dry weather affected quality, both sizing and shelf life. Quality varies from good to poorer batches. As FruitMasters, we have the geographical advantage that we can irrigate the pears from the Betuwe to the north. Our pears from Zeeland have now been cleared, though,” Zweer says.

“As for pricing, the pear season of the smaller sizes and the class II were difficult in particular. But for good sizes and better pears, price levels are quite fair, between 50 and 60 cent. Naturally, we’re still missing the Russian market, but other than that, demand was fairly broad. Germany, Spain and the UK are currently having good demand. The export towards further destinations also went well, although that’s gradually reaching its end.”

“Usually, a decrease in sales volumes can be seen from mid-June, because a lot of people start choosing summer fruit then, but the majority will have left the market by then as well,” the commercial manager continues. According to him, there’s no pressure on the market due to the available imported top fruit. “The first Jazz apples have already arrived, and the Gala apples will start arriving this week, but everything is sent based on contracts. The same is true for the import pears. Overseas producers know plenty of top fruit is available in Europe, and they want certainty; they won’t send anything without arrangements.”