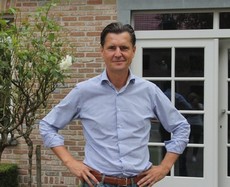 “We’ll probably be doing our final contract deliveries this week. Perhaps a little bit the week after that as well, but that’ll be it for us. Normally, we work until late June, but that’s not an option this year. Our growers’ stocks are practically empty,” says Jan van Luchene of Bruwier Potatoes. “At the start of the season, it was clear there wouldn’t be enough potatoes, but it was difficult to estimate how long we could continue delivering.”

This year there was quite a bit less free trade due to the low yields. “Large parts of the free potatoes we did have, had already been sold in October when prices were around 25 euro. What we have left now is mostly contract potatoes and potatoes that have been tied up for a long time, but there’s not much free trade left. Prices for Bintje are now around 25 euro, and for Challenger and Fontane, prices are around 30 euro. These prices have been stuck at the same level for a long time.”

Aims achieved early
“Despite these circumstances, things aren’t going great on the demand side of things either. Industry didn’t wait until the last minute, and they won’t fill up their warehouses with expensive material prices. The quality of Bintje is poor this year as well, which is why industry isn’t storing them either. Everyone achieved their aims early in the season,” the trader continues. “To have a free market, you have to have a market, but when you don’t have potatoes to market, you don’t have a market either.”

The trader expects the new potatoes won’t arrive until mid-July. “It’s too cold at the moment, and we could use some rain as well. The planting date was relatively normal, but everything is a bit delayed because of the weather. The nights are cold, and the north wind means the soil isn’t warming up either. But there are two more months left, who knows what’ll happen,” Jan concludes.