Florida is in the midst of its okra harvest, as growers report the start of the season for the specialty vegetable began earlier than usual. This is because they took advantage of a warm spell at the end of January which is when they planted their first lots of okra.

"Our first day of harvesting okra this season was March 21," shared Austin Accursio of Sam Accursio & Sons, based in Homestead Florida. "We had an early start because it was very warm at the end of January which is when we decided to first seed the fields. We typically look for a warm spell around early February when we can plant. The soil has to be warm enough to germinate the seed as even if it gets cold again, the seeds can remain dormant in the soil for up to two weeks." 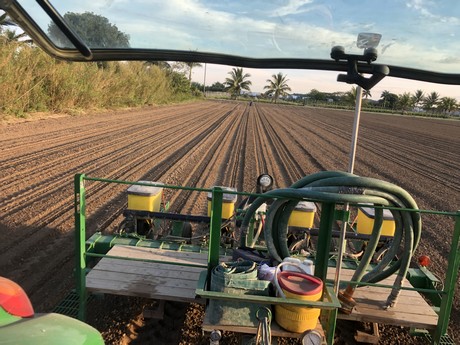 Florida okra growers cooperating
Accursio said he plants in stages to space the crop out for the season and to make sure there is not too much product coming on at once. He added that the growers in the region all cooperate to make sure the market is sufficiently supplied without over-saturating it. "We plant every three weeks or so and will be starting a new field in another week," he said. "There are only a handful of okra growers in South Florida now so we communicate and make sure there is not too much product all coming on at once. Okra is very delicate and cannot be stored for long."

Currently, okra supplies and prices are very steady and are expected to continue this way for the foreseeable future. According to Accursio, imports can have an impact during the early stages of the Florida season. "Right now, everything is steady," he said. "When we started our season in March, importers were still bringing in okra from Honduras which can affect the market. There is still some imported product around, but not in any great volume so the market is holding steady." 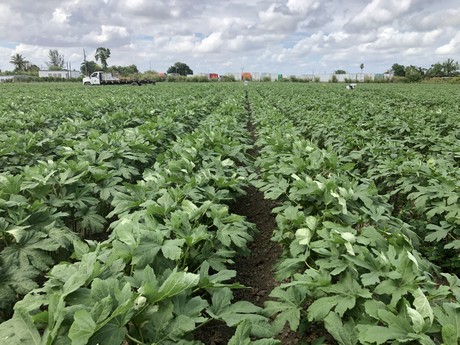 Demand for okra increasing - especially Indian okra
Growers acknowledge that okra is not only delicate and requires swift shipping to get to the market fresh, but it's also still a niche product. Demand is still in its infancy and largely concentrated on the ethnic market. However, according to suppliers, more consumers are seeking out unique and nutritious produce and therefore the attention towards okra is growing. Better shipping methods and more robust refrigerated transport options also means that okra is reaching markets it never used to, such as the Northeast and Canada.

"I plant according to what my customer will take," Accursio noted. "Over the next couple of years, it's something I could see planting more of, but we are very careful with it because it's still such a niche item. Okra is very healthy and nutritious and considered one of the best products you can consume in terms of the health benefits. As such, the popularity for it is growing. Consumers in the Northeast, Midwest and Canada are also turning to okra more, thanks to better availability and this helps to increase demand." 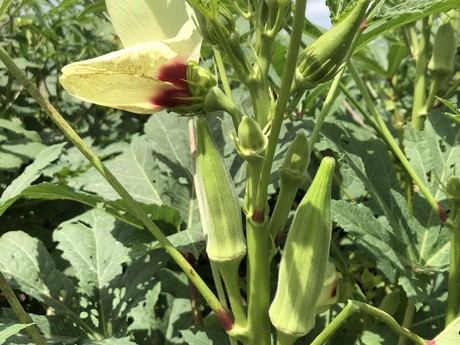 Retail packaging investment would require year-round production
Currently, Sam Accursio & Sons sells okra in waxed cardboard boxes directly to customers, some of whom pack it in retail packs like clamshells and tray packs. The company has been looking into the possibility of packing it into retail packs themselves, but Accursio believes they would need to produce okra year-round to make it successful.

"We have been looking into doing retail packages but have not started yet," he said. "Retailers want year-round production so we would need to produce okra year-round for an investment to be worthwhile. As it stands we have the ability to produce okra for 10 months of the year in South Florida, but for the other two months, we would likely need to source offshore product which is something we are reluctant to do."