Spain: "An interesting gap for white-flesh peaches and nectarines"

Nearly five years ago, a young company with farms in Zaragoza and Lleida thought it could make a difference in the stone fruit sector if it specialized in white-meat nectarine and peach varieties that had a high taste criteria. This strategy has given them good results and allowed them to survive the price crisis that has been looming over this sector for some years. 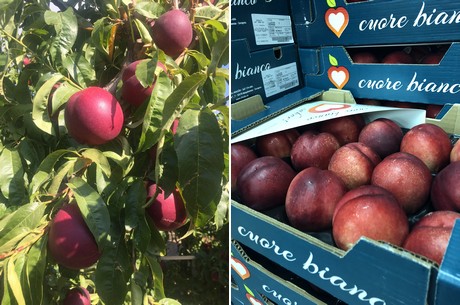 "We saw that there was a gap in the market for white-flesh peach and nectarine varieties, which are much less common than the traditional yellow meat varieties. That's why nearly 100 of the 140 hectares that we own, are devoted to producing white-meat fruit," stated Ernesto Ibañez, the manager of Ifruits, a family business founded in 2006 that, despite its youth, has a baggage of more than 35 years in the production and commercialization of fruit.

"We can't compete with volumes, as many other companies have done so far, in a sector that has been punished with low prices for a few years. We believe that reaching a medium-high quality level and maintaining it is more important. Although appearance is important, the taste of the fruit is paramount. Sometimes, as consumers, we happen to buy an insipid or unpleasant tasting product and end up throwing it in the trash, penalizing the purchase of this product for at least fifteen days. For us, as suppliers of fruit, making two mistakes in the same campaign would mean spoiling at least half of it," says Ernesto Ibañez. 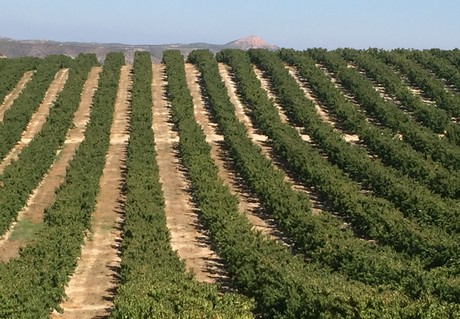 The first nectarines and peaches will start being harvested between the end of May and the beginning of June, and the exporter trusts that the demand will start thereafter.

The company exports most of its production mainly to France and Germany, where they expect to grow little by little in the coming years. "Sales to our customers have not stopped growing since we started selling our Cuore Bianco brand."

All the production that this company sells is its own, which allows it to have a total control of traceability, as well as quantity and quality, which is very important to be able to work with large distribution. "Our customers always know what product they are going to get, where it comes from because they know that we have varieties with the same characteristics throughout the 4 months that our campaign lasts. Producing our own fruit allows us to select all varieties, and so far this is working well for us," concluded Ernesto Ibañez.