“Barring any unexpected events, we anticipate a good grape season”

We’re still a couple of months off, but the preparations for the grape season in Greece have been in full swing for a couple of months as well. From trimming the trees to attaching the vines, cultivating grapes is a challenging business in general. Zeus was more than happy to share their perspective on the upcoming grape season.

The season for actually exporting the grapes from Greece is still a few months away, starting early September. However, the preparations for the upcoming season have been going on for quite a while. Christina Manossis, sales manager for Greek exporting company Zeus, expects a good crop this year: “It’s still a bit early to really say what’s going to happen with full certainty, but barring any unexpected events we anticipate a good crop this year. In terms of volume we expect to harvest at least 2000 tons of grapes this season. The weather has been good so far, so we don’t expect any major influence towards to grapes.” 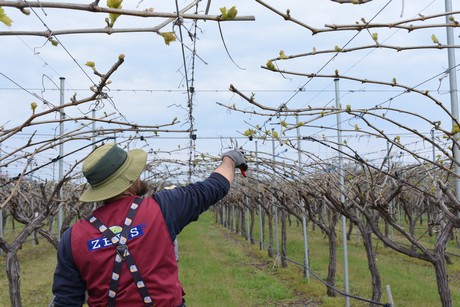 The grapes that Zeus cultivated mainly find their way into Europe, but the company is looking to add to its list of destinations: “Our grapes are mostly exported to the United Kingdom, but some volumes are sent to the Netherlands. We also send a couple of containers overseas. We’re keen in exploring these overseas markets this season. We started last year with some trial shipments and intend to increase the volumes overseas, considering that crimson is a fruit with a very good shelf life.” Manossis explains. 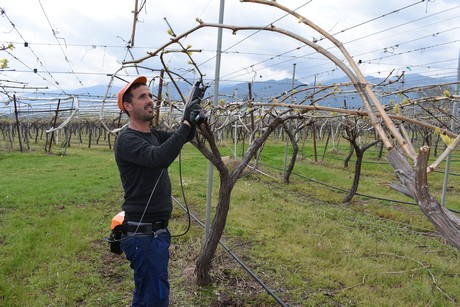 Cultivating grapes is not an easy task, according to Manossis. “Cultivating grapes is a challenging business! It requires lots of personal effort and the utmost care on behalf of the grower, until the very last moment when the produce is received in our packhouse, where our expertise team takes over. Growing rules imposed by Zeus are strict and we are able to monitor everything through our zeusCore database on a daily basis. Generally speaking I would say it involves much effort and care from all people involved, so not only the grower but also the technical and Quality Control team, workers and so on, in order to deliver the finest quality within the short marketing period that we have to work with.”