Over 400 French beans farmers from the Kenyan district of Subukia have called on the government to intervene in a standoff with a private company. The farmers claim the company declines to pay their dues, accruing to over Sh7 million (€62,000).

The farmers, led by Felista Karanja, lamented that the company, Meru Greens had short-changed them in remitting payments for their produce for four months against their agreement. 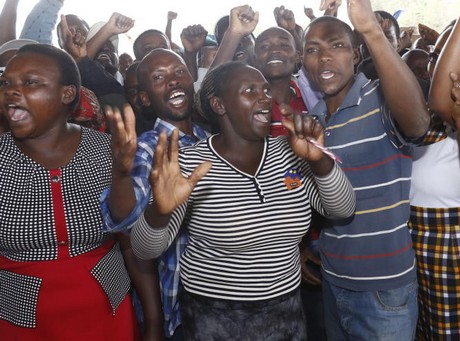 “The company collected our produce between December and March and has paid nothing so far. They also had arrears for the previous months, which they had not fully paid. All this adds to Sh7 million,” said Karanja.

The farmers said that the company approached them in 2018 April after a disease outbreak affected their tomatoes, their then main cash crop and convinced them to grow French beans. Karanja said that the farmers and the company entered into an agreement that they would be paid after every one week from the date of delivering their supply at Sh50 per kilo.

“A disease broke out between 2017 and 2018 and destroyed our tomatoes. Our farms had been lying idle and some reverted to maize farming. After a meeting with the company’s representatives, they gave us a deal that we agreed with,” she said.

Elizabeth Wanjiku said that the company paid them well for the first few months before they started having delays in payments from a week to months now.

Speaking to The Standard on the telephone, the company’s Managing Director Gerald Muthomi admitted that they owe the farmers money for the said period and were working towards resolving the issue. The company, which has a canning factory in Kitengela, was yet to export Kenyan produce since December after a glut that saw them withhold their stock.