Do the right thing

Groundworks for the 600ha Ikamva Lethu farm in the Sundays River Valley are due to start in the coming weeks, a year later than originally envisioned, followed by irrigation infrastructure towards the end of the year and then, finally, in the beginning of 2020, planting of the initial 75,000 lemon trees.

The red tape and bureaucratic delays surrounding the creation of black economic empowerment projects in South Africa are remarkable, given the polemics around land restitution, and it certainly tests the commitment of commercial partners in such ventures.

“We’d been waiting on another government initiative for a couple of years to get empowerment projects going in our valley and eventually the SRCC board decided that we will do the right thing,” says Hannes de Waal, MD of the SRCC. “We put the proposal to our producers, seventeen of whom voluntarily decided to become part of the initiative. The fact that they’re all from the SRCC group makes things easier, they understand our methodology and we all subscribe to the same principles of empowerment. It’s working very well.” 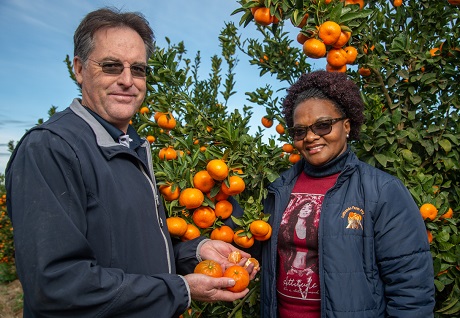 Water rights dependent on black shareholding
The seventeen citrus producers bought into the Ikamva Lethu (“our future” in isiXhosa) project according to Prof Mohammed Karaan’s recommendations in the National Development Plan: each producer obtains the equivalent of 20% of their own farm, therefore representing varying shareholding levels. For the next five years they will provide the capital and carry the risk of all of the establishment costs of the farm, which will hopefully be in full production by 2028. Thereafter operational costs will be secured in the conventional manner from financial institutions.

While the producers bring capital, expertise and experience to the project, black shareholders bring with them something equally crucial: water rights.

The project’s founders consider themselves very privileged to have obtained 20-year water licenses for the entire 600ha area of the farm, notes Frikkie Olivier, operations manager: SRCC Primary Production, which manages the Ikamva Lethu farm. The granting of water rights by the Department of Water Affairs and Sanitation came with certain conditions, notably that black shareholding in the project may never fall under 59%.

Indeed, it would be exceedingly difficult for any new agricultural development in South Africa these days to be granted water licenses without a black shareholding component; an effective way of enforcing black economic empowerment.

Obtaining the water license runs up very significant costs (in the region of several million Rands) long before the trees are even in the ground – the project has been paying for water they haven’t been using for three years now, with no option to transfer the water rights to other projects or entities. 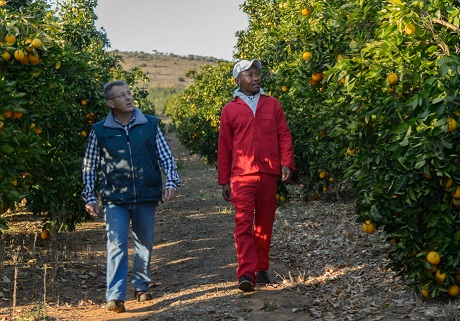 Charl Tibshraeny (left), chairperson of Ikamva Lethu and a citrus producer himself, providing startup capital and expertise to the project

Unusually large collective of commercial producers underwrite the project
To establish the project was complex: each of the participating farmers set up a beneficiary trust for their current permanent employees, after long rounds of consultation with all concerned parties. Profits will be divided in the form of dividends to these worker trusts, according to each trust’s shareholding, as well as to two other groups: permanent black workers of the Sundays River Valley Citrus Company (SRCC) and the eventual permanent black employees on the Ikamva Lethu farm, all in all coming to between 300 and 350 people, says Frikkie Olivier.

The project is certainly not unique in its aims – there are three or four other empowerment projects on the go in the Sundays River Valley at the moment, tremendously helped by an estimated government allocation of water rights for 3,000ha across all projects in the district – but where it distinguishes itself, is in the big collective of producers coming in on this one project, say the founding members.

“As a group of producers we’re in a very good position. From this platform we could certainly make more purchases, should land become available, and we’re well-versed in managing risk,” Hannes continues. “Given the increase in citrus production worldwide this project will of course be subject to the same macro risks as all other citrus enterprises, but the SRCC has a tremendously strong export portfolio.” 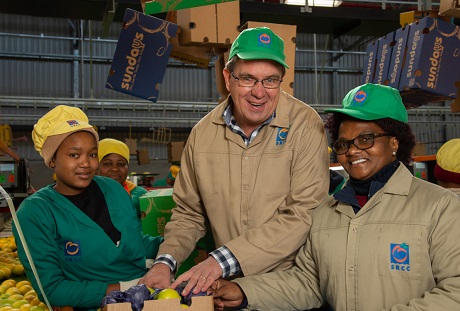 Producers’ own enterprises don’t derive BEE benefit from Ikamva Lethu project
The founders point out another feature unique to their project. “The participating producers get very little recognition on their BEE score cards [an obligatory mechanism to evaluate compliance to black economic empowerment regulations] because they are not the owners of the project. They do it because they believe and they know that it’s the right thing to do,” says Charl Tibshraeny, chairperson of the Ikamva Lethu project and a citrus producer himself.

Frikkie explains that the first phase consists of lemon trees, followed by later phases introducing some more lemons (Hannes: “This is the best lemon area in the world, so naturally the project will have a strong lemon focus”) as well as Valencias and late mandarins, of which mandarins like Nadorcott and Tango will probably feature strongly, since they perform well in the area. Final decisions are yet to be taken but if navels are included – a category that presents management challenges in the valley plus very strong competition from Northern Hemisphere producers like Egypt – its contribution will be scant.
It is reckoned that the completed project will come to just under 300,000 citrus trees.

“We’re very proud of ourselves. The whole process was much more difficult than people think and takes much longer than people think. That’s the irony: people have to be empowered but it’s not easy at all to do that. It’s not that the government is not amenable to the projects, but conditions are not created within which empowerment is easily done. We had to jump through an incredible number of hoops. Ken Nieuwenhuizen, my predecessor, and Frikkie Olivier worked on this project full time for three years, sometimes spending more time in East London and Pretoria than at home to get it done,” says Hannes.