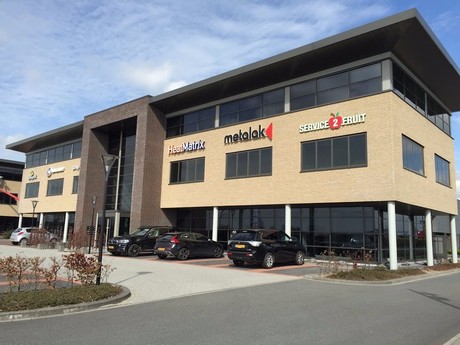 Independent marketplace
One of the most important aspects that has to stay intact, is that Service2Fruit is independent and that pricing isn’t meddled with. “We only facilitate the marketplace,” Silvia says. In principle, that means Service2Fruit is suitable for all products, markets and sectors, each adjusted for the specific trade and its uses. “I’m convinced we can create marketplaces with an added value.”

She mentions opportunities in this field for Service2Fruit, and she also sees a need on the market. It’s one of the fields investments will be made in. “Eventually, we’d like to be the largest E-platform in Europe.” When expanding, Silvia sets great store by cooperation. “You’ll go faster on your own, but you’ll get further together.” That’s expressed in the ambition to expand the Service2Fruit platform in cooperation with and for other sectors — rather than just top fruit and trees — and through cooperation with various sales channels. The first contacts have already been made. “If we already have the tool, why shouldn’t we expand it?” Silvia wonders.

The company now has offices in the Netherlands, Belgium and Poland, there’s a cooperation in Hungary, and batches of fruit are even sold outside of Europe. Silvia says each sector works differently and that custom-made work in designing the exploitation of the platform is required. “It requires a thorough preparation.”

Fresh produce sector
Silvia mentions she hopes a further fragmentation of the fresh produce supply doesn’t occur, because this wouldn’t be to the benefit of the grower. The CEO actually sees a role for Service2Fruit to combat the fragmentation, because the platform is a marketplace for free trade and it binds the growers. Service2Fruit provides an independent marketplace where demand and supply of fresh products come together, and Silvia is of the opinion that they will continue to provide this service. She doesn’t think the fruit trade will be replaced by a direct supply chain cooperation any time soon. “A link between grower and retailer will always be necessary in fruit.”

Pricing
Silvia has noticed that demand and supply are currently having trouble finding each other. That means mediation occurs more often on this difficult market at the moment, instead of having a demand market on which pricing occurs via digital auctions. But the same transparency is applied in this instance as well — one of the reasons Service2Fruit was founded in 2011 — as in digital auctions. All transactions — via digital auction or mediation — are made via the platform and can be viewed in the FreshMonitor.

Regarding the current market, Manager Trade Emanuel Sluis mentions that the pear market in particular is difficult. The market for these fruit is characterised by worries and unrest, which isn’t to the benefit of pricing. Emanuel expected the necessary availability of the pears around the month of April — mostly caused by quality and storability problems as a consequence of the extremely dry summer of 2018 — would’ve been too much for demand. Because stocks are decreasing, the market might get some breathing room, which Emanuel cautiously thinks could offer a chance for more positive pricing — albeit late in the season. Apples show a slightly more positive image. Although Elstar also has storability problems, prices for this fruit are more acceptable. A lot of the Elstar stocks have already been marketed, so that Emanuel expects the season to be shorter. After that, there might be more demand for Jonagold-like varieties, which could influence price.