"Current demand for stone fruit not as it should be"

The stone fruit campaign is currently picking up pace at the Munich Wholesale Market. OR-PA GmbH has been trading large volumes of mainly Spanish peaches, apricots and cherries for a good three weeks. "Due to the relatively cold weather, the current demand is not what it should be," reports CEO Seckin Yildirim. 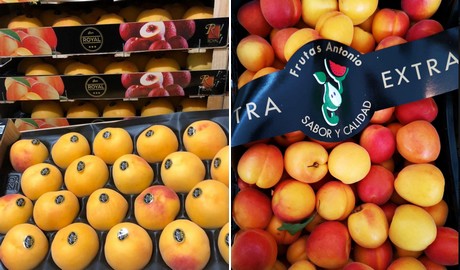 On April 23, a little earlier than usual, the first shipments from Spain arrived at Münchener GmbH. "The prices are quite normal, cherries are, depending on the caliber, traded between €5-6 / kg. Due to the current weather conditions, however, customers are still a little hesitant about stone fruit. This means that we are currently estimated to be about 30% below last year's sales. When the weather gets a bit better, consumption should gradually increase over the next few weeks."

"In any case, I assume prices will fall, especially for early cherries and apricots," says the retailer, whose clientele primarily consists of Turkish retailers and restaurateurs. Sales volumes are also somewhat more subdued than in the previous year, all across the product range. 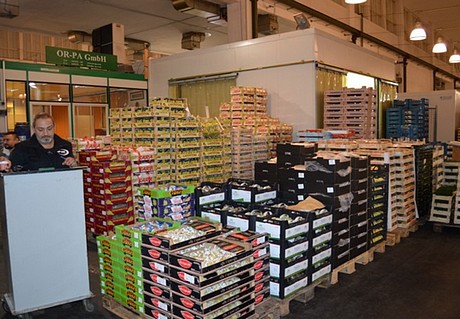 Stone fruit from all over Europe
The Munich-based wholesaler has a variety of stone fruit brands in his range, including private label Frutaria, which is on sale from the beginning to the end of the season. In addition to goods from Spain, drupes from Italy and Turkey are also marketed, emphasizes Yildirim. "Today, the first apricots from Italy will arrive. Later, by the end of this month, Turkish cherries will also be on the market. In terms of price, Spain is usually the cheapest, followed by Italy, and the most expensive are the Turkish products. The last few years, however, there are successively more regions that deliver stone fruit, such as Greece and Bulgaria, but Hungary and Poland as well."

Although European drupes are eagerly awaited each year, being one of the last pure seasonal products on the market, according to Yildirim, there is no growth in the volumes. On the contrary: "I tend to observe a steady to declining sales of stone fruit in wholesale. Today, we are no longer dealing with the quantities that were previously traded on the wholesale market, including the growing selection of stone fruits in the supermarkets. On the other hand, flat peaches and Paraguayos are growing year after year, even here."

Spanish carrots can currently be marketed quickly. "Above all, delicatessen retailers who have previously bought German gourmet carrots like these imported carrots," says Yildirim.

Spanish carrots, the new top scorers
Despite the large number of foreign customers of OR-PA GmbH, the effects of Ramadan on sales are rather low, Yildirim further reports. "We sell a little more dates but otherwise the influence is minimal. What we sell very well are Spanish carrots, which I have been trying to promote for about a year now. The sales volume was limited in 2018: This year the marketing is outstanding, mainly due to the low stock levels in Germany and the moderate price-performance ratio of Italian goods. At the beginning of April, we sold out the first lots and I assume that we can pull through the marketing until the new German harvest in June."