Robert “Bob” Chester Kershaw was born February 3, 1938 in Yakima, Washington, to Ronald and Betty Kershaw. His family had migrated from Philadelphia in 1880, planting apple and pear orchards in the arid central Washington State land; dirt in which Bob would cultivate his career and life.

Bob was an avid mountaineer. Ski-racing, hiking and climbing in the rugged Cascade Mountains provided a welcome respite from hot summers toiling with his father Ron in the orchards. Bob was active in the mountains his whole life, even working on his ski turns 5 weeks before his death.

Bob graduated from Yakima Senior High School in 1956 and entered the University of Washington as a freshman that year. After completing his studies in economics in 1960, Bob returned to Yakima to marry Karen Helliesen and father two children, Kristin in 1965 and Robert in 1969. 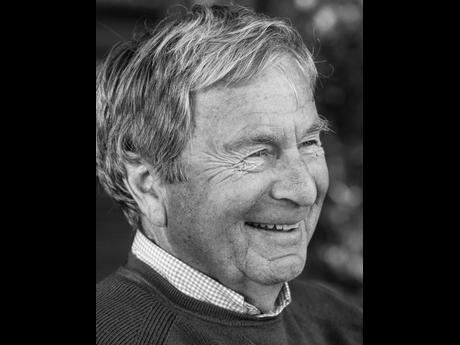 Bob’s first job after college was working for Gilbert Orchards. While Bob liked to tell the story of beginning his farming career building boxes for the Gilbert family, it was true as well that is where he honed his farming and warehousing knowledge; skills that would help him build his own business. Some might even say Bob’s core professional task never changed. While running Kershaw Companies with his brother and best friend Ed years later, Bob proved a natural talent at balancing profit & loss statements, negotiating agreements and devising strategic planting schedules. But it was simple things like stoking a smudge pot at 2 am, or coaxing a wind machine to life to ward off the frost which Bob delighted in. It was Bob’s fierce attention to detail and insistence on doing even the "small things" right that helped lift a small company to one that is now considered a gold standard in its industry.

In 1969, Bob and brother Ed returned to the family farm, eventually conceiving Domex Superfresh Growers in 1981. Their project to bring other grower’s fruit to market grew into a vertically integrated organization to include the Kershaw farming interest, warehousing, sales, marketing and logistical services. Successive generations of Kershaw family have bolstered the company reserves – Brian (deceased), Robert, Kevin and Kristin.

Bob was lover of news, politics, and a good debate. He always kept his team guessing, and often charted work strategy from his beloved sail boat, or while skiing around the world with his second wife, Skippy.

For those remaining, Bob’s presence as the teacher, mentor, friend and brother is complete. Bob’s lessons, friendship and life’s work remain now more robust than ever. Physically on the same plot of land from three generations of antecedents, but more importantly in the lives of those who knew and loved him. His two children Kristin and Robert both stand as vigilant standard bearers to his edict to be skeptical and critical, but always optimistic, especially when times are challenging.

The family suggests memorial contributions be made to the hunger-relief network, Second Harvest. Donations may be made online at www.2-harvest.org, or checks may be mailed to: Second Harvest, 1234 E. Front Street, Spokane, WA 99202.