The Association says that in today’s over-saturated media environment where consumers have an endless array of recipes, food shows and social media channels sharing what to eat, this year’s panel will address how produce brands can capture the attention of key media influencers to participate in the media environment. Leading food media outlets will debate what’s truly driving food influence in today’s culture.

Carla Hall, American Chef and TV Personality, and co-host on ABC’s The Chew
Carla believes food connects us all, and strives to communicate this through her work, her cooking, and in her daily interactions. Born in Nashville, TN, Carla grew up surrounded by soul food. She is a graduate of Howard Business School, a former runway model, and a trained chef who has worked in several professional restaurant kitchens in and around Washington, D.C.

Melanie Hansche, Deputy Editor, Food & Wine Magazine
Melanie is described as a food nerd who once ate at all of the top five restaurants in the world in one week (for fun), stood in line for two hours for Hong Kong's best dumplings (for lunch), and judged the International Biscuit Festival in Knoxville, TN (because biscuits). She has created food and lifestyle content for over 18 years, working as a food writer, magazine and cookbook editor, restaurant critic, and radio presenter. Melanie is the deputy editor at Food & Wine magazine.

Kristen Hartke, Food Writer, Washington Post/NPR The Salt
Kristen is a food writer, recipe developer and food stylist based in Washington, D.C. After working in both the front and back of the house at several central Florida restaurants, she received her BFA in photography at the Corcoran College of Art and Design. Kristen has written, edited and photographed for a wide variety of outlets. She is a regular contributor to the Washington Post and NPR’s The Salt. She also serves as culinary producer for chef Carla Hall.

Debra Puchalla, Senior Vice President of Digital Programming and Video, Food Network, The Cooking Channel and Genius Kitchen
Debra leads programming, content creation, social media and video development across Food Network, Genius Kitchen & Cooking Channel sites and platforms. She has deep editorial and content marketing experience in the food category and has been integral to digital content creation for the brands for a decade. Debra also helped launch Cooking Channel and the Apple Hall of Fame Food Network In the Kitchen app’s programming. Prior to Discovery, Debra spent a decade at Martha Stewart Living Omnimedia as Executive Editor of Martha Stewart Living and Editor-in-Chief of Everyday Food. 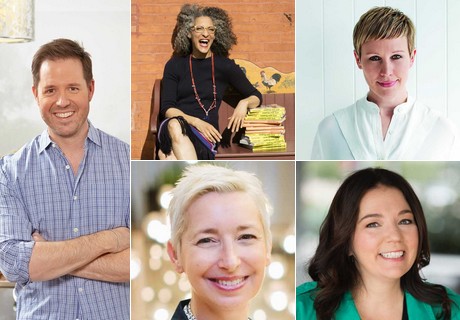 “As fresh produce continues to elevate its stature in today’s food culture, it’s critical that we stay engaged with those who are driving the conversation and influencing the ways in which consumers adopt and enjoy fresh produce,” said Mary Coppola, United Fresh’s Vice President of Marketing & Communications. “We’re thrilled to once again host this panel and keep the dialogue as part of our annual conference.”

This year’s session, Winning in Today’s Food Media, will take place during the United Fresh 2019 Convention & Expo on Tuesday, June 11 from 2:00-2:45 pm on the Main Stage in the North Hall of McCormick Place Convention Center. The Main Stage will serve as a hub for constant engagement and entertainment throughout the expo, bringing to life the passionate people, business and energies created in the fresh produce industry for attendees to enjoy, learn and engage.