A number of California grapefruit growers are just now getting into the peak of their seasons. For Bee Sweet Citrus, the grapefruit season stretches from late winter and goes right thought to summer. The company's main variety is the Star Ruby and supplies are steady.

"Our grapefruit season has been going for a couple of months now," said Joe Berberian of Bee Sweet Citrus. "Supplies of our signature Star Ruby grapefruit are good and will take us through July. Sizes are peaking at 32s, 36s, and 40s, which are right in the middle of the spectrum. This year is a big year with a little more volume around and we therefore expect supplies to be good for the balance of the season."

Market gathering pace as Texas closes
With ample grapefruit volume around, the market has been flat in recent weeks. However, the situation is starting to turn and California suppliers say they are enjoying a steady market. After Texas finished with its grapefruit season, interest in Californian grapefruit has picked up which appears to have had a positive effect on the market. 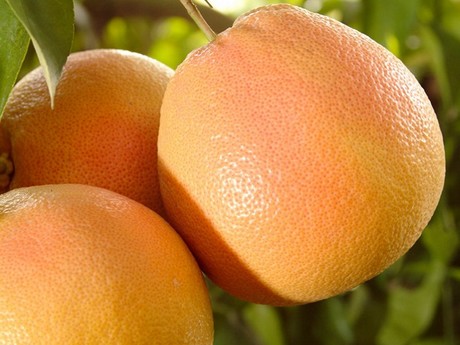 "The market has been fine through early spring but we are just getting started with the peak of our season," Berberian observed. "Currently, the market is nice and steady. There are more buyers coming online most likely because Texas has finished now."

He added that this scenario is typically seen each year, however this year buyers came to California later than usual. "I would say this is a fairly normal year, except that the market has gained momentum a little later than normal. It seems Texas had a bigger crop this year so people are coming later to California."

Packaging options
Bee Sweet Citrus grows grapefruit in a number of orchards in California to ensure a lengthy season. They also ship and export citrus around the world. Berberian shared the packaging options the company has on offer for grapefruit.