Brexit, legislation and the weather cause problems on herb market

Because of the climatological circumstances, the situation on the herb market is a bit more difficult. Due to the cold weather, it’s taking longer for Belgian herb productions to come into production. Although the consumption of fresh herbs increases considerably every year, not a lot of shifts can be seen in the types of herbs eaten through the years. European regulations and Brexit are also causing tensions on the market. 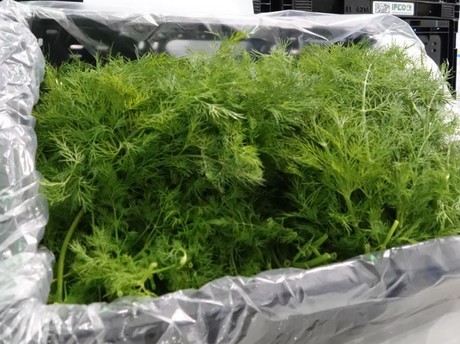 “As a consequence of Brexit and the uncertainty that comes with it, quite a lot of problems are expected in the field of the supply of herbs the moment the UK leaves the EU. Currently, a lot of airlines only fly continentally, but these are expected to switch their region of activity to the UK. A lot of Kenyan herbs are currently sent to the UK via Amsterdam or Brussels, but that will no longer be financially favourable in a Brexit situation,” says John van Laethem of the company of the same name that’s specialised in herbs and edible flowers. “The ethnic population in the UK uses a lot of herbs in their kitchen, as opposed to the British. These herbs mostly come from Spain as a mass product. That’s why Spanish growers are starting to worry about the possible impact of Brexit.”

Herbs still popular
“The orders of the supermarkets before Easter aren’t really surprising anymore. The herb consumption is fairly traditional around the holidays. Herbs that do well in a stew, such as bay leaves, summer savory and thyme always do well in spring. Towards the summer months, it becomes a mishmash of different herbs. We’re not seeing a lot of shifts in the consumption of herbs compared to a few years ago. On the other hand, demand for fresh herbs increases every year,” John says. “A clear shift can be seen in the production regions of herbs. The European continent is starting to become increasingly important for the production of herbs, while most herbs came from Israel in the past. East Africa was added to that later, but an enormous fragmentation is taking place there, and the major problem we’re now faced with there is the safeguarding of the cold supply chain.” 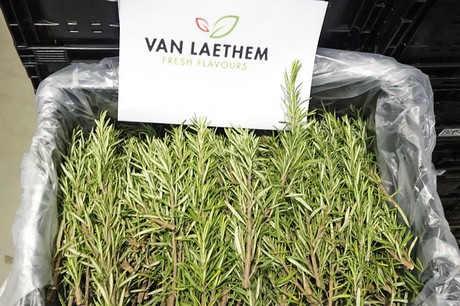 Zero residue
As of November 2018, Van Laethem receives shipments of zero residue herbs every week. The zero residue herbs are grown without the use of pesticides. With three suppliers, the herb specialist has come to an agreement, and the company is convinced the environment is affected as little as possible throughout the supply chain, from production to packing, as a result. “We currently have five zero residue herbs, and that’s enough for the first year. Our focus at first is on getting the product stable before we expand our range, despite the very positive response,” the trader continues. However, the major problem of zero residue is that there’s no standard on a European level. Focused inspections should be set up to prevent a proliferation of zero residue products, as is currently happening in France.

Regulation
The assortment of the herb specialist consists of more than 300 varieties, but adding new products takes a very long time as a result of the ‘novel food’ legislation. “Three years ago, we submitted a file, which is still under consideration. The European regulations regarding food is becoming ever stricter as well. As of next year, a study will be set up that will research the presence of alkaloids in natural products. Fairly high concentrations of these substance are found in borage, lovage, marjoram and oregano. Although it’s good research into food is still being conducted, people shouldn’t forget we never had food as save as right now,” John explains.

Van Laethem still has plenty of ambitions for the future. “With herb specialist Martine van Huffel, we proposed a children’s book about herbs. Martine is incredibly knowledgable about herbs, and that’s why we’ve worked with her for years. We’re also constructing a classroom, where we’ll provide courses about healthy diets. We enjoy playfully teaching people about food, and particularly herbs,” John concludes.