Connecting the world with avocados

The technological revolution, social networks and the development of new technologies has led companies to ask themselves different questions, such as: What is digital marketing? How can I succeed in impacting my target audience?

Digital marketing is a virtual tool that allows reaching a specific segment of people and offers companies the possibility of improving interaction with their customers, optimize marketing processes and work in real time. "Marketing is no longer a matter of what you know how to produce, but of the stories you know how to tell," stated Seth Godin. 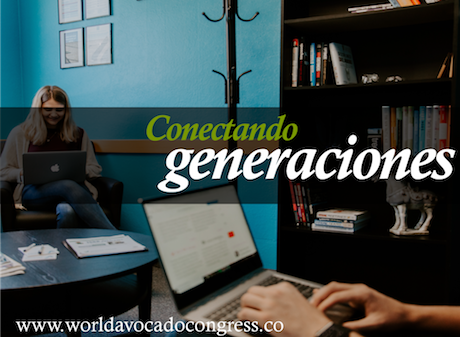 The companies belonging to the agricultural sector are not alien to the impact generated by the digitalization of consumers, so they must make an effort to adapt to the environment and the needs of their target audiences. They must understand digital marketing not only as a tool to reach target audiences, but also to generate added value for brands through content and interaction with consumers.
The presence of Colombian companies in social networks is increasing, as is the percentage invested in online advertising. According to IAB figures in 2017, advertising investment in the country was 22%.

The creation of cross-cutting strategies in the digital field is paramount, given that they allow having an ever greater impact as well as generating a brand recall.

An example of this, is a successful campaign of the Avocados From Mexico company.

Prior to the launch of its advertising campaign in the Super Bowl in 2018, the company created an interactive application called Guac World that represented a world where everything revolved around guacamole and where people could interact with social networks in the game. As a result, this transcended from a video game and became an additional strategy for its positioning in social networks.

The results obtained with this strategy during the Super Bowl were the following:

- 10 million reproductions of the commercial presented at the event.
- 1 million visits to their website.
- 4.5 million impressions, that is, when you view a web page through an ad or ad banner
- 2.5 million people had access to the Snapchat filters, which allowed users to share images and videos with friends and create content in real time.

Even though digital marketing has good results, it also has some challenges that must be taken into account. In an interview, Stephan Loerke, the CEO of the World Association of Advertisers, told the newspaper El Portafolio that there were three main challenges.

Three challenges in digital marketing
Transparency, the publication of false information about competition is a behavior that should not be allowed on social networks because it affects the image and reputation of companies.

Fraud; according to estimates this aspect affects 10 to 30% of the digital advertising world, so it becomes the second source of income for criminals.

Data privacy. It's necessary for consumers to be aware of the places they enter on the internet and the data they supply to the platforms. In the future, an express and regulated consent will be needed on the part of the person in question.

To learn more about marketing, attend the IX World Avocado Congress and learn from leaders like Emiliano Escobedo, the Executive Director of HAB (Hass Avocado Board) and Alvaro Luque, CEO of Avocados From Mexico. Acquire your entrance here: