In the winter months, Moroccan product is a good alternative for Spanish and Italian vegetables. The EU import from Morocco has increased considerably in the past ten years (+51%). Two Dutch companies active in Morocco talk about their experiences.

Gerard Derksen: “I expect it will only become more”
Organisation consultant Gerard Derksen has noticed Morocco becoming more crowded. “The country is suitable, the land is suitable and the people want to work. I expect it will only become more crowded,” he says, on the way to his next job in Morocco. He meets a lot of other fresh produce people there, from the Netherlands, but Spaniards, the British and Moroccans themselves are also working on setting up production companies to market products in Europe. “This has one disadvantage: higher demand means the price of land will rise. Not just in Morocco, for that matter, Dutch companies are active in other North African countries as well.” 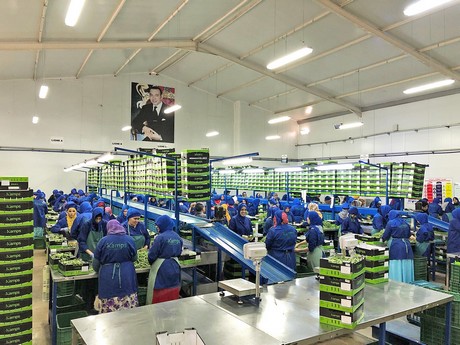 Removing a link
That’s because nearly all products can be grown there: citrus, avocado, all varieties of vegetables and soft fruit. The products are transported to Europe per lorry or boat. Gerard: “Most of the transport, particularly of all fresh products, is done by lorries. These are boarded on boats in Tangier, and arrive in Spain before driving further into Europe. Products with longer shelf lives, such as, for example, potatoes, onions and citrus, are also shipped using ocean containers. These are loaded in the port of Agadir and are shipped to Rotterdam or Antwerp.”

Morocco’s climate is very favourable for growing vegetables in the winter period that fit the European season.Even Spanish companies have made the switch to Africa. “In recent years, Spain had bad harvests due to climate change. Because volume yields per hectare aren’t achieved, cost prices have come under pressure, and it also became more difficult to meet contractual agreements. As a result, more and more Moroccan product arrives on the European market via Spain. It then becomes easier to personally work from Spain, you’d at least be able to remove that link.” 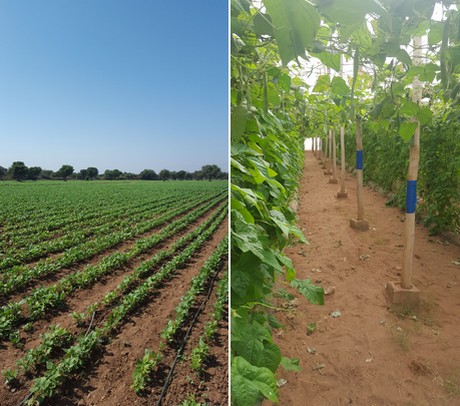 The desire for year-round supply of product is another reason for companies to move to Morocco. Gerard: “The trend is that commercial enterprises want to offer product year-round, so it should be available from somewhere in that case as well. In Morocco, it’s possible to grow nearly year-round, the climate is good and they have more hours of sunshine than in the Netherlands. It only becomes more difficult to grow vegetables in the hot summer months. Due to the favourable circumstances, the productions in Morocco can easily be adjusted to suit those in the Netherlands.”

Building up and passing on
Besides the production-technical part, it’s practically very possible to start a professional and profitable company in Morocco, despite the difference in cultures. Gerard’s experience is that you just need to be a bit more patient and have some more energy. He built up a production company, including a packing station, for French and green beans in Morocco. These are transported directly to the Netherlands, and marketed from there. Last October, he handed the company’s management to local people. “I work under the authority of Dutch companies and take care of building and setting up. As soon as the company does well and is profitable, I pass it on. I’ve now started a second project, which concerns growing asparagus. Now that the Dutch season has started, it’s been put on the back-burner for a bit. I also work on a production company for soft fruit: strawberries, blueberries and raspberries.” The cultural differences can be bridged. “Outside of Europe, everything is naturally more complicated, but when you know the right way, you can get the necessary certificates – BRC, GlobalGAP, HACCP – and traceability needed to supply the European market. Three years ago, we were all pioneers, but I’m now fairly familiar with how everything works there, and it helps to first get to know the local people and authorities,” Gerard concludes. 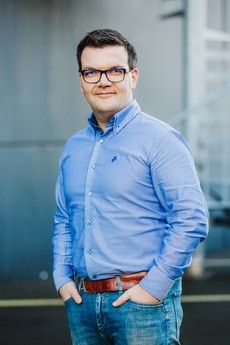 StC made its first contacts in Morocco in 2016. The company copies the concept to market the product of Dutch growers in Morocco. “It continues to be a challenge to find the right people, but we’re fortunately getting better at that all the time, and we know what not to do as well. Cultural differences are large. In Morocco, they’re still growing and packing according to old-fashioned methods,” says Jan van der Kaden of StC International. “We can guide them in that.”

Soon melons as well
The step to start pioneering in Morocco came from the customers’ wish for more transparency, they want to know where their product comes from and buy from the source. “We wanted to offer year-round product that’s supplied by our own growers.” Besides, the company has the ambition to couple more growers with Dutch product to StC International. As an intermediary, StC is the partner for sales markets of Moroccan and Dutch vegetables in the Netherlands, Scandinavia, Germany, the Baltic states and Eastern Europe.

StC isn’t just an intermediary, they’re also locally present to advice growers when planning their productions that used to be sold locally and in neighbouring countries. They now have to produce for export further away and according to standards and requirements of the European market. Depending on the customer’s desire, (beefsteak) tomatoes, pointed and bell peppers, aubergines, (white) courgettes and beans are grown in Morocco. Jan: “So far, our focus has been on vegetables , but we’ll soon start growing melons as well. We want to grow according to our customers’ wishes.”

Into the kitchen
The harvest is packed in Morocco. StC also gives advice at the packing station, so that these can become more developed. “We enjoy taking growers into the kitchen so they become involved in the sales process. That short supply chain and our transparency are our strength. That way of working is uncommon particularly in Morocco, but it’s all going completely to our and our customer’s satisfaction. We build based on cooperation. We want to do it in the Dutch manner, wages have to be right, but housing for our workers and the education for their children also has to be good. Good people are the success of a company. Only when everything is just so, can you offer an added value, both towards the grower and the customer.”

The biggest challenges are the cultural differences and the ‘ditch’ between them. “The climate combined with the cost price means Morocco is a country of many opportunities. To them, Europe offers a stabler sales market. We’re seeing more and more contract productions, and we started becoming distinctive because of that. They need our contacts and we can take care of that for them. We don’t buy anything, we couple them directly to the customer. I really see a future in growing oriented to the customer,” Jan concludes.