The Greek apples season is still not completely over, as the country still has a couple of varieties available for export. The season has been going well for one particular apple exporter, although challenges still had to be overcome, especially when it came to having specific sizes for the market.

The apple season in Greece has been reasonably good, according to Konstantinos Saleptsis, who works as a member of the sales team at the exporting company Oporello: “The season is going well, we’ve managed to export over 9,000 tons of apples, which counts for about half our production. This late into the season, there’s still availability in certain varieties like Granny Smith, Golden Delicious and Red Delicious.” 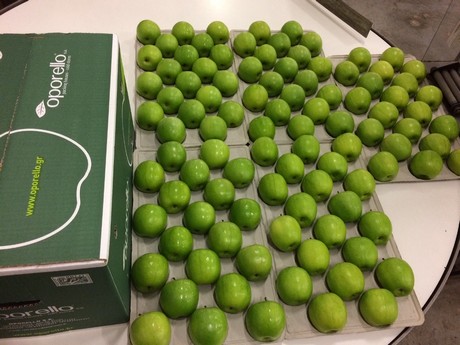 A challenge for the current season was meeting the demand of specific market requirements: “To match the crop’s special features with the market requirements was definitely a challenge. Most of the clients in the Gulf region are asking for small sizes, while in Indonesia even tinier apples are required. Indonesia specifically is a huge challenge as the apple production of this year was generally larger sized,” Saleptsis explains. “On top of that the margin for apples this year was very thin, as the quantities of all apple producing companies have accumulated, resulting in lower prices.” 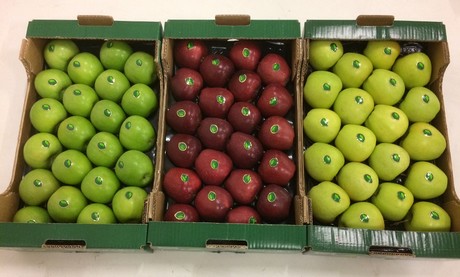 In October, Oporello announced they had opened the doors to the Indian market with their apples. Although this has been a success, there is still work to do: “Greek Apples have been successfully launched in the Indian market, however we are expecting the permanent permission by the Indian government. Once this is finalized we can call it a total success. But we’ve also manager to enter various markets in the Gulf region, the Middle East and to a less extend Indonesia.” Saleptsis said.

For the next season, the plan is simple: “We intend to increase our Global Gap group of farmers by further strengthening the cooperation throughout the cultivation period. This should give us a stronger position as an exporter and hopefully bring our Greek apples to even more new markets.” Saleptsis concludes.