How much longer will the white gold remain a seasonal product? 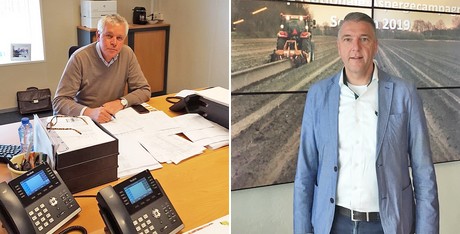 Rob van der Weele, product manager soft fruit and asparagus for The Greenery, doesn’t think that’ll happen that quickly. “Growers usually start growing in heated greenhouses around carnival. Demand starts increasing around then as well. When you start earlier, there usually isn’t much demand, and the accompanying costs are too high compared to the proceeds of the asparagus. Besides, asparagus need a rest period and plenty of cold. Harvests are disappointing when these requirements can’t be met.”

Riny van der Staak, trader in fruit and vegetables in Venlo, the Netherlands, agrees with Rob’s opinion. “In the past, we’ve seen the season starting earlier and earlier. Horticulturalists invested in heated beds in the past, and that initially bore fruit. After all, the asparagus they marketed were exclusive. However, the supply increased more rapidly than demand. Because of that, an early harvest isn’t as profitable anymore as ten to 15 years ago.”

The acceleration of the asparagus season by means of greenhouses and heated tunnels resulted in an increased supply before the actual season has started, while much can still be gained, consumer-wise, on the Dutch market. The Greenery tries to market asparagus even more with a hip commercial on national television, for example. “Plenty of asparagus are grown in the Netherlands, and it’s important to actually increase consumption. Much can still be gained among younger people in particular,” Rob explains.

That the campaign mostly focuses on a younger target audience can clearly be seen in the commercial organised by The Greenery in cooperation with other sales organisations. The commercial wants to make the asparagus seem tough and hip. People are also paying attention to marketing the peeled asparagus, that could increase consumption among younger people.

The age of the target audience isn’t the only thing that plays a part, so does the region. Consumption is higher in the south of the Netherlands, below the rivers, than in the rest of the country. “Consumption per head of the population could be increased particularly in the east of the country,” Riny says. He also sees the potential of marketing, by means of recipes with asparagus, for example. However, Riny emphasises that asparagus still sell best during the season. “People need to feel like spring before they start eating asparagus.”

While it seems as if a market can be gained for the sales of white asparagus in the Netherlands, that market appears to be decreasing abroad. Riny: “Our neighbouring countries have also increased their own areas, and they’ve become more self-supporting as a result.” The Dutch areas have also increased in the past year, although 2018 was slightly less favourable to for the asparagus growers. The Netherlands is self-supporting in its asparagus production. Rob: “Seventy per cent of the harvest is meant for the Dutch market. A smaller share is sent to France and Spain, but mostly for industrial processing.” The import of asparagus from abroad is decreasing. In the past, Peru was still a major producer of white asparagus, but that’s the case less and less. A small share of the asparagus is still coming from Germany as well.

Both Rob and Riny therefore conclude that the asparagus season won’t disappear that quickly. Even if it becomes possible to market them year-round due to own production and import, consumers will still not want asparagus year-round. Riny explains that the threat of the asparagus’ exclusivity will come from mechanisation: “It’s fairly labour-intensive to grow an asparagus. Mechanisation could reduce those costs, so that the production of asparagus becomes cheaper. The exclusivity of asparagus would thus disappear.”