Conditioned train could save up to 20 million kilometres on roads

It’s as if the location was deliberately chosen: the first CoolRail left from the oil port of Pernis, the Netherlands to Valencia. The 42 reefer containers on the train were loaded with empty crates of Euro Pool System, the initiator of this unique project, which wants to reduce CO2 emissions with this type of intermodal transport. 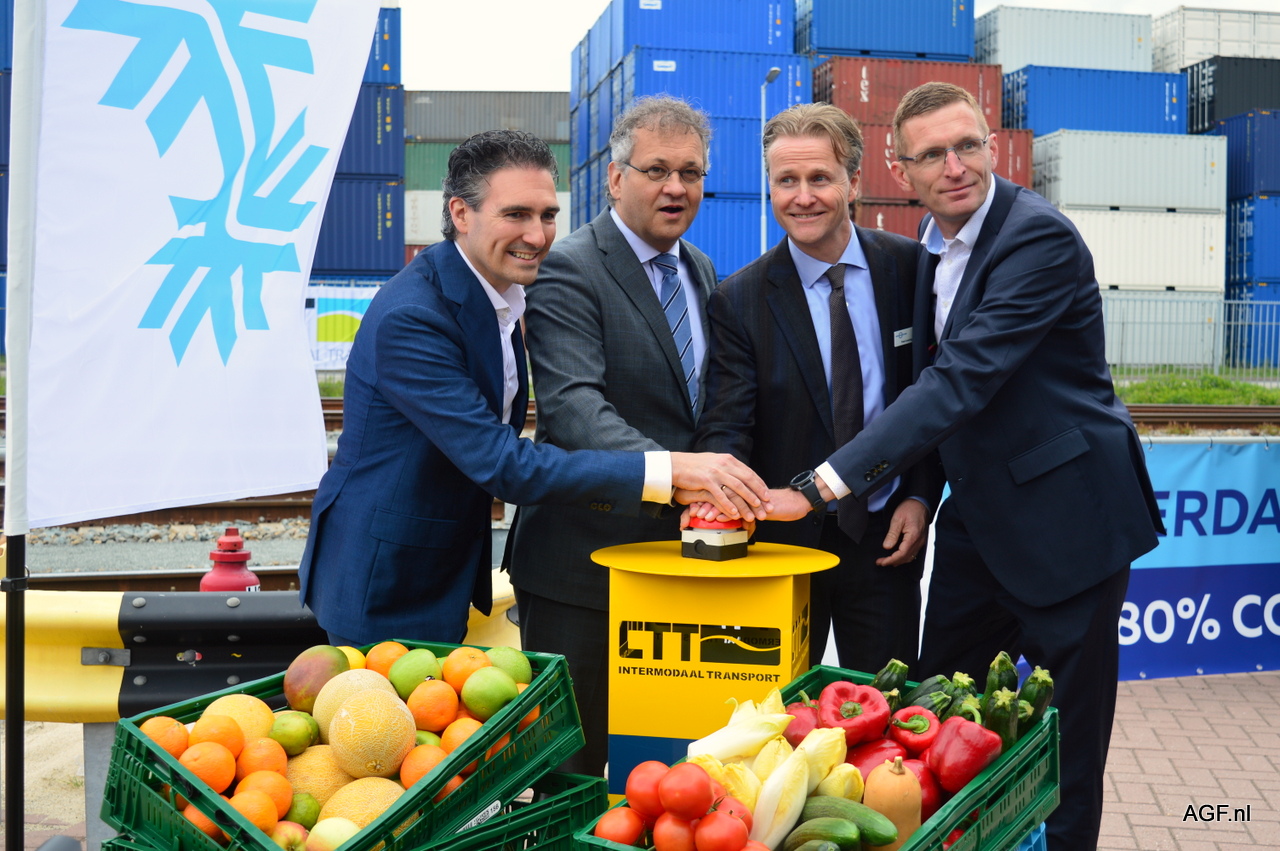 Upon arrival in Valencia, Euro Pool System’s crates will be filled with Spanish fruit and loaded back unto the train to be returned to the Netherlands. Just citrus fruit at first, although this will later be expanded with other products from Spain, such as melons and stone fruit, for example.

The train will drive this trajectory three times per week. Each train ride equals 42 lorries on the road. Per year, that would save more than 20 million kilometres on the road. Depending on the shipment, this could result in a CO2 reduction of 70 to 90 per cent. 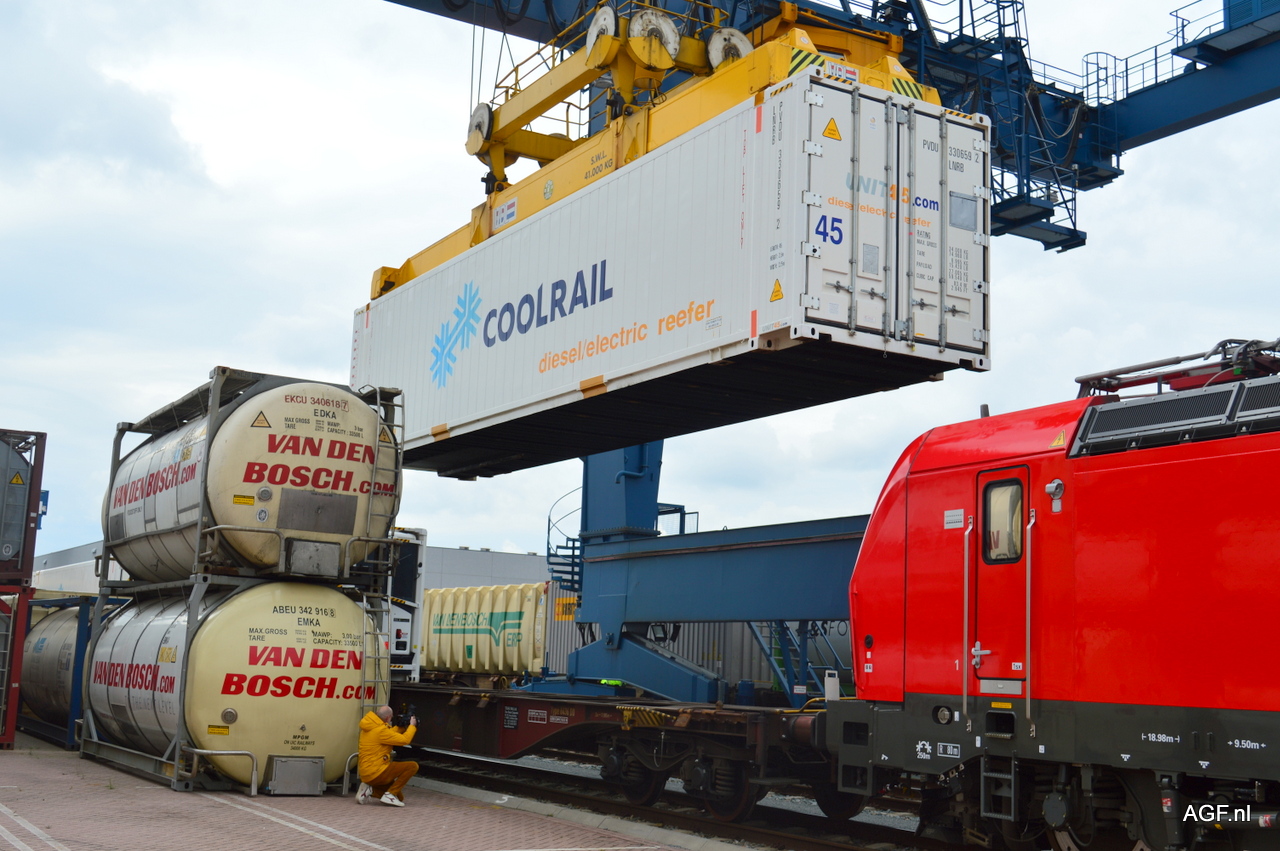 Long-winded
However, Gerjo has been working to get this project on the rails for a long time. “Organising a railway connection is very complex, and you have to do it with other parties.”

In 2012, he asked Maarten van Hamburg of Bakker Barendrecht to join the project. As a supplier of one of the largest Dutch supermarket chains, he decided to join the project. Shuttlewise was also brought on board of the project to organise the railway transport. “The rails are a completely different métier than we’re used to in fruit and vegetables,” Gerjo says.

This didn’t remove all of the difficulties in the sector. Intermodal transport is effective when it comes to a CO2 reduction, but it’s not profitable enough for most players on the market. For the fresh produce sector, it’s therefore very important their shipments arrive on time. The train, however, takes just as long as a lorry. The only difficulty is transferring the load in Spain, because that country has a different railway gauge.

“Most of the participants mostly needed a mental shift to organise their transport differently,” Fred says. That didn’t make it any easier to find partners who wanted to participate in the project. Gerjo: “When we asked parties if they wanted to join us, 70 per cent agreed, but when we asked for their commitment, a lot of them dropped out. In the end, we were left with about 15 per cent of the parties we asked.”

Only the beginning
The pilot of CoolRail in 2016, however, was a major success. To the surprise of some retailers, no problems occurred. Fred: “During our five-month pilot, we never once had delays.” 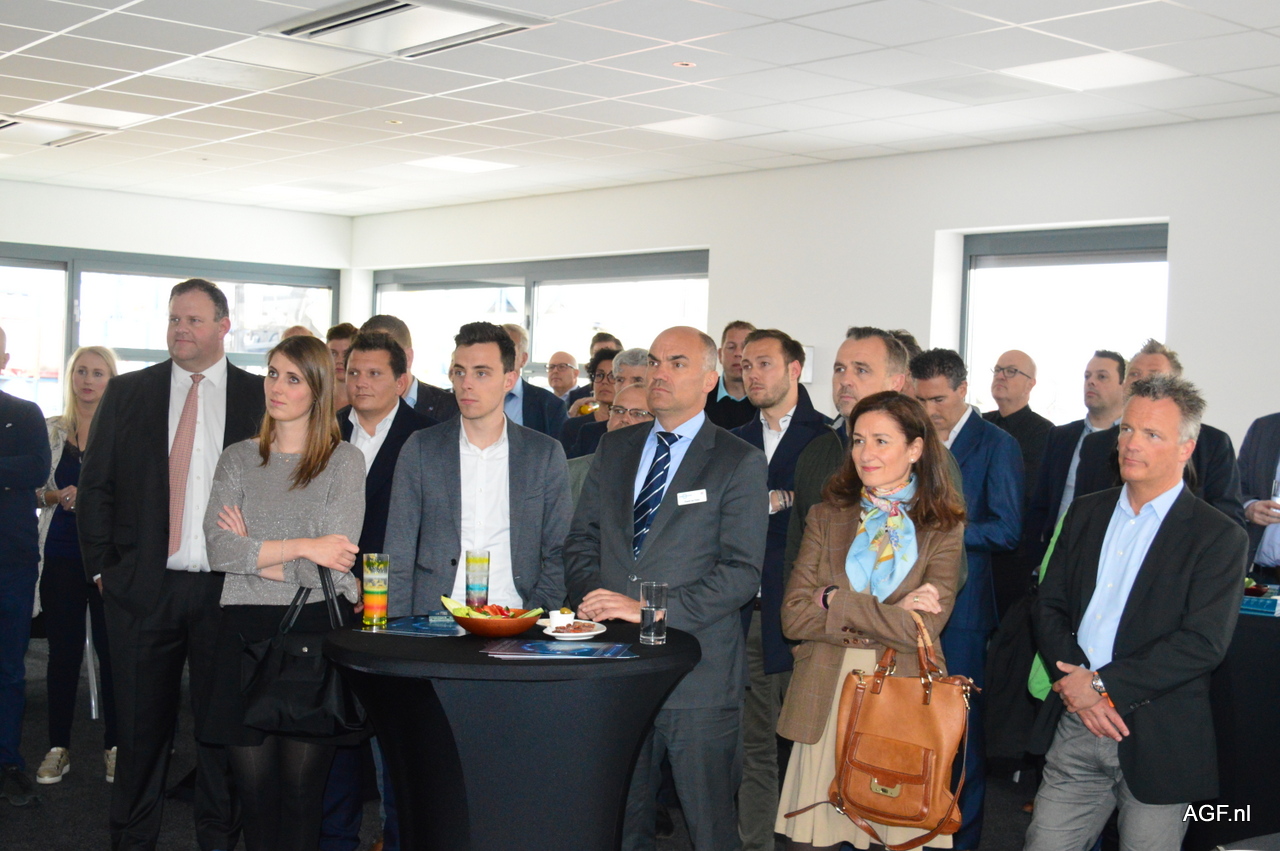 Yet all those involved consider this train to be the starting point of intermodal railway transport. Gerjo: “Once we start driving to Spain, the others will jump on board as well.”

Maarten van Hamburg, general manager of Bakker Barendecht, emphasises the start of more transports via rails. “As far as we’re concerned, this is only the beginning.”

Gerjo agrees with that completely. “In three years, this type of intermodal transport will be an intrinsic part of the sector. However, we do know more cooperations in the sector are needed. These kinds of projects can’t be done on your own.”