Greece must pay special attention to the production of quality products, of high added value and authenticity, and the promotion of extroversion, according to the Deputy Minister of Rural Development and Food Ms Olympia Teligioridou, from the podium of the 5th Freskon inauguration. In fact, she stressed that Freskon provided a first class opportunity to strengthen international trade relationships in the primary sector. She characterised the event as especially important on a Greek, European, and international level, and she underlined that it is an exhibition institution that provides Greek producers with the opportunity to come into contact with international retail chains.

Deputy Minister of the Interior (of Macedonia-Thrace) Ms Eleftheria Chatzigeorgiou characterised Freskon as one of the most important fruit and vegetable expos of Southeastern Europe and the broader Mediterranean basin, stressing that this great exhibition effort, transforms Thessaloniki into a strategic hub for fruit and vegetable transportation in the Balkan peninsula and the European hinterland, through the development of cooperation networks. 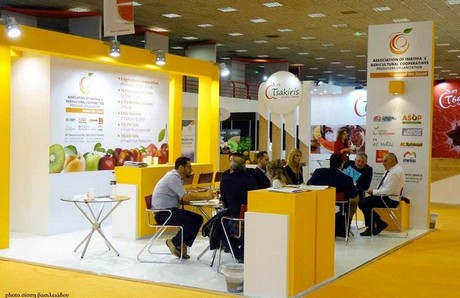 The Region of Central Macedonia participated in this year’s Freskon with 25 fresh fruit and vegetable enterprises, as was announced by the Deputy Governor for Rural Development Ms Gerakina Bisbina. She also stressed that the Region is in first place in Greek agricultural production, with 85% of rice, 70% of vegetables, and 30% of cotton and cereals being produced here. 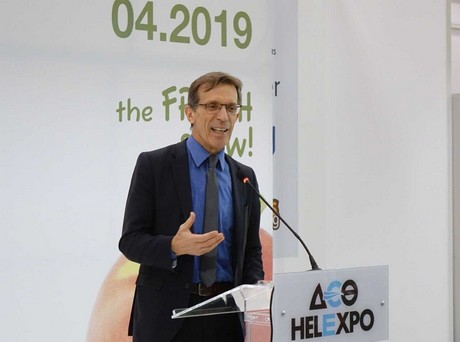 Next, the Deputy Governor of Development, Infrastructure, Networks and the Environment of the Peloponnese Ms Dina Nikolakou stressed that her Region participated in Freskon for the fifth consecutive year, while she announced a strategic cooperation with TIF-Helexpo, for the continuous presence of the Peloponnese at its exhibition events.

Lastly, President of TIF-Helexpo Mr Tasos Tzikas noted that this year’s Freskon is more international than any before it, and that it had started off with an intense international character from the very first time it was organised. He characterised the fruit and vegetable sector as strategic for the primary sector, especially in recent years. 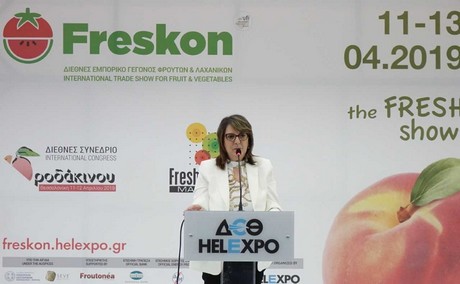 215 direct and indirect exhibitors from 16 countries participated in Freskon, in comparison to 191 of the previous event, and 205 hosted buyers from 35 countries were welcomed, of whom 130 are individual hosted buyers from 33 countries and 75 are hosted buyers through group participations from the Balkans. In fact, approximately 2500 business meetings between representatives of Greek enterprises & producers and international hosted buyers have been scheduled. This year Freskon hosted Digital Greece Freskon Edition for the first time, with 13 startup companies present.

Among the side events the International Peach Congress stood out, with the participation of renowned Greek and international speakers, while an important position at the expo was held by the FreshCon Market.