US cantaloupe season starting up

Over the next week, the first cantaloupe of the California season will be harvested in the Imperial Valley. Up until now, the majority of supply into the US has been from Mexico and other parts of Central America. Florida is also in the process of starting their season, signaling the beginning of the US domestic season which will last right through to October. In California, the season is slightly delayed due to the cooler and wetter than normal conditions that the state experienced during the growing season.

"Most of the cantaloupe are still coming from offshore as well as Mexico," observed Rodney Van Bebber of Pappas Produce. "The first region to start the domestic season is the East Coast deal in Florida. In California, some of the shippers are preparing to start in Imperial Valley and within a week, we should see some light volumes. By June 1, Arizona will begin near Yuma. Both the Arizona and California crops are looking good at this stage. The Imperial Valley will be five to seven days later than normal because of rain, but overall, the weather has been good with nothing extreme affecting the crop. By July 1, the Westside deal in Fresno will also make a start and predictions are that this season will begin on time and will take us through to the middle of October." 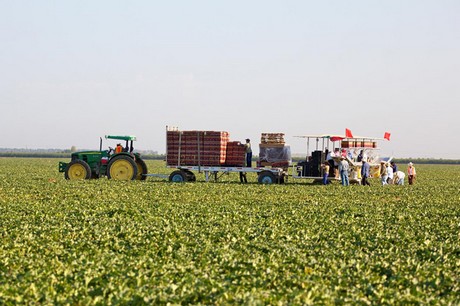 Market strong through transition
As the offshore deal winds down and the domestic season starts up, there is some pressure on cantaloupe supplies in the market. This is especially so since the Imperial Valley is starting a little later this year. Prices are high at the moment and are expected to remain firm until more substantial volume enters the market in a few weeks' time.

"The market is very high, with cantaloupe prices around $16, $17, which is above average for this time of year," Van Bebber noted. "With the offshore deal nearing completion, supplies are tightening up due to the gap before California gets going. The Central Valley also had rain but should be close to starting on time and by mid May we should see steady supplies." 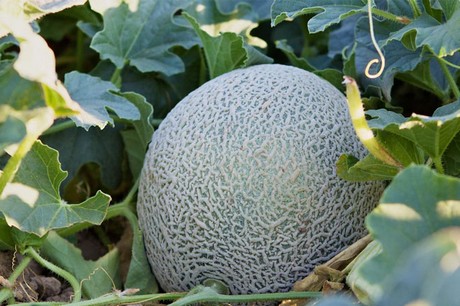 Acreage reduction to better match demand
Cantaloupe growers in Fresno County are steadily reducing acreage, a trend growers say has been happening for the last five to six years. Van Bebber said that demand for cantaloupe is weaker than it historically has been, suggesting this might be a result of the fruit now being available year-round.

"Growers in Fresno County are in the process of getting supplies in line with demand," he explained. "Cantaloupe used to be a seasonal deal and there was more anticipation as summer approached but now with offshore supply increasingly available, we have cantaloupe for 12 months of the year, perhaps spreading the demand across the year. We are also seeing a change in population dynamics as well as the East Coast growing more cantaloupe."

However, Van Bebber said the opposite is happening with watermelons, where demand continues to increase. "For Pappas Produce, cantaloupe acreage will remain largely the same this year. In contrast, we will be growing more watermelon in response to steadily increasing demand."