The strawberry season will still last for another four weeks, but the season has definitely been a challenging one. Weather has caused issues, some old traditional markets had difficulties and heavier than usual competition made for an interesting season. Luckily, Easter has caused a slight recovery in the market.

For Greek exporter Greek & Fresh and Labidino, the strawberry season went ‘okay’, according to Nick Nafpliotis, the director of the company. “This season we’ve been more active in Asia than before, focusing in countries like Singapore and Malaysia. We’re also trading a little bit in Hong Kong, but we’re still looking for a bigger and steadier reliable partner there. This season we managed to do a direct program with Fair Price supermarket in Singapore, which went well and we were very happy about it. The Gulf region has slowed down for us, due to heavy competition from Morocco and Egypt until March, and also due to the limited production that we had in that period. In Malaysia we had to deal with tough competition from South Korea, since their strawberries really dominate this market.” 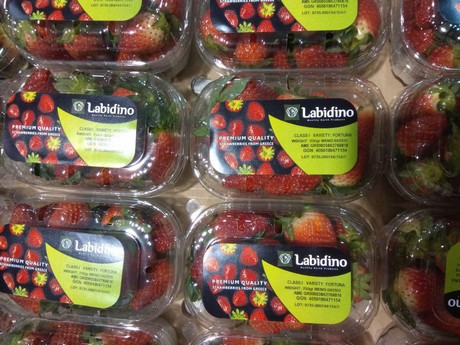 Competition wasn’t the only challenged Greek strawberry exporters had to face; the weather played a part in the bad start of the season. “We had to deal with frost and rain from January until beginning of March. This naturally meant that the production was reduced, which hurt certain exporters a lot. Furthermore, a lot of Greek exporters still rely on old traditional markets which are very difficult to be accessed. This year, they missed a lot of orders and as result during the period of mid-March to mid-April where the production was at its peak, a lot of quantities went to waste, which was a big shock for them.” Nafpliotis said.

For next season Nafpliotis expects big changes from the Greek strawberry market: “Given the challenges that most growers had to face, it wouldn’t be a surprise to me if exporters start looking for new markets, such as Western Europe. In addition, they will have to change the very popular (but old) variety Camarosa, with Fortuna and Victory which are more preferable. Another possible outcome is that Greek strawberry producers will reduce their acreage and make room for other produce, such as potatoes or something else.” Nafpliotis continues. 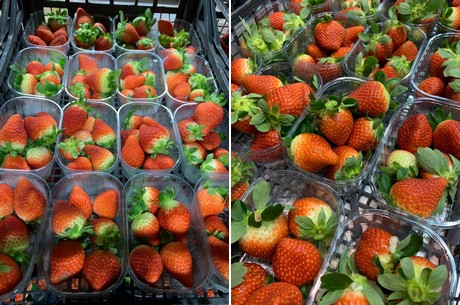 The season wasn’t all bad though, and the market has even been recovering for the last few weeks: “For the past two to three weeks we see there is an increased demand and prices have been a lot better. This is mostly thanks to Easter, so we’re very thankful for that. Since the season is coming to an end, we’re looking ahead to the next season. We hope to cultivate some new varieties next year, with a focus on better shelf life, especially during the second half of the season. But we’re also hoping to start with the blueberries in June, which will make their way to the Asian market for the most part.” Nafpliotis concludes.