Elmar Gimperlein: Demand for organic cress is booming in winter and spring

"Between Christmas and Pentecost, our sales go up to 120%"

Locally cultivated organic cress is now available all year round at the Bio-Maintalkresse company. At the moment, however, a lot of effort is put on the greenhouse system of the Gimperlein grower family. In winter and spring, their organic vegetables are seeing an increasing demand, particularly when it comes to local gastronomy, says owner Elmar Gimperlein. 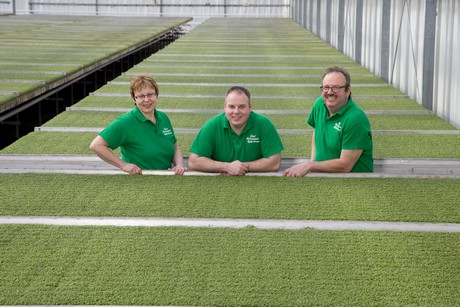 The team in the greenhouse, Elmar Gimperlein on the right

Due to the beautiful weather, the sales in the catering trade and on the wholesale markets are particularly good, says the grower. "During the asparagus season, the standard varieties of red radish-cress and garlic-cress are often sprinkled on top of the asparagus, as a form of decoration," says the grower, who also produces varieties of radishes, rucola, peas, garlic and garden cress, in addition to the two varieties mentioned. 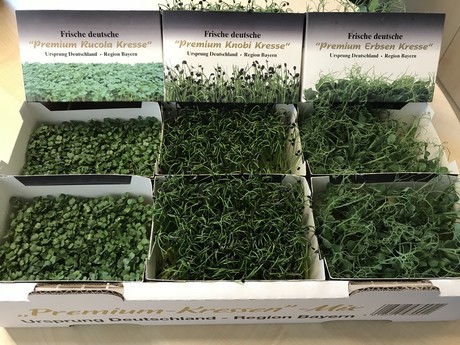 In addition to other wholesalers, Rewe, Edeka and several discount stores (except NRW) are supplied by the company nationwide. According to Gimperlein, some interesting differences can already be observed: "Wholesaling requires a broader spectrum, while new products are difficult to place in supermarkets. This means we deliver only the radish and red radish cress to the food retail sector, but these sell very well. There are now at least 40 varieties in the Koppert Cress catalog: If we would only sell these to restaurants, the sales would be too low to be profitable." 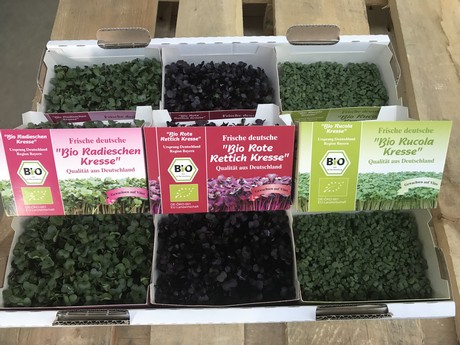 Peak season between Christmas and Pentecost
At the moment, the total production capacity of the producer is about 7500m2 of greenhouse surface area. "We deliver our goods 365 days a year and guarantee a daily supply of fresh goods. In addition to this, regardless of the weather conditions, we always produce the same quantities, with state-of-the-art ventilation, heating, etc." There are no bottlenecks or production slumps with regard to the organic cress, but the sales in the summer are always somewhat less. "Roughly speaking, from Christmas until after Easter or Pentecost we see our sales go up to 120 percent. That means that during these months, we package goods 6 or 7 days a week." 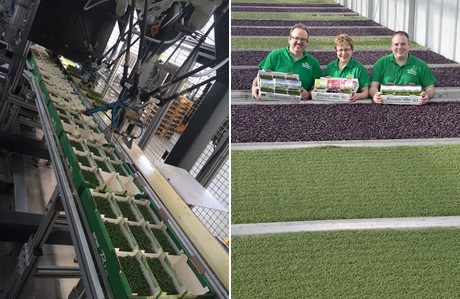 According to Gimperlein, the increased demand in winter and spring is easy to explain: In winter, there are hardly any regional products, while in summer the full range of local vegetables is available on the market. "Consumers also want to eat regional, healthy and visually beautiful products as much possible during the cold season. Later, when Lent begins, a new cycle starts. Since many people want to lose weight during this time, they mainly eat local salads, with cress." 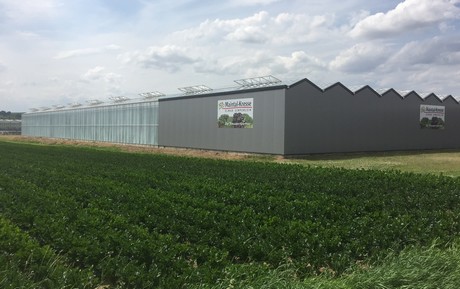 Demand for special varieties is booming
The Gimperlein family started in the early eighties with cultivation on a modest scale. Since then, consumption has gone up significantly, says the committed producer. Those in the know can see clear developments: "The consumption of standard garden cress remains almost the same, while, within the German trade, sales of special varieties and cress mixes are booming," concludes Gimperlein.