New greenhouse to open in Pennsylvania

BrightFarms has announced plans to build a 250,000 square-foot greenhouse in Snyder County, Pa.

The company will break ground on the new greenhouse this month, with production starting in early 2020. The greenhouse will produce more than two million pounds of leafy salad greens and herbs per year while using an estimated 80 percent less water, 90 percent less land and 95 percent less shipping fuel than West Coast farms, according to the company. The produce will be delivered to Pennsylvania supermarkets within 24 hours of harvest. 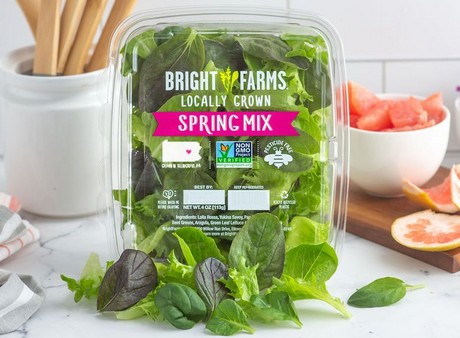 “This is an exciting chapter for our company as we push forward with our mission to provide more Americans access to the freshest, tastiest and most responsibly grown local produce at supermarkets,” said Paul Lightfoot, CEO of BrightFarms. “With greenhouses across the Mid-Atlantic and growing, BrightFarms is well positioned to meet the growing consumer demand for local produce.”

Recently, the company announced plans for expansion with new greenhouse farms to be built in New England, New York and North Carolina. These greenhouses will further the brand’s presence and add to its network of local and sustainable farms across the Mid-Atlantic and into the South.

BrightFarms currently has farms in Pennsylvania, Virginia, Illinois and Ohio.