A group of Dutch farmers saw too much of their produce going to waste. They now process overripe – and therefore unmarketable – vegetables into sauces and soups. The products are expected to hit supermarket shelves later this year.

The percentage of vegetables unfit to sell is low. But because of the association’s size, the volume of food loss in absolute numbers is large. So the farmers took action. In 2017 they set up a food-processing subsidiary called Food Fellows to develop a brand and a product line. The first of these products are now cropping up on supermarket shelves.

What sort of products do you make?
“We want to make healthy, delicious products with a high vegetable content,” says Rogier Hilkes, Commercial Director of Food Fellows. “We use vegetables that would otherwise go to waste, for example tomatoes that are not suitable for retail but that can be processed into our basic tomato sauce and tomato soup.”

Food Fellows applies the same concept to waste flows from an affiliate that chops vegetables for catering companies. “We use the bits of bell pepper left over after dicing and add tomatoes and other vegetables to turn it into pasta sauce.” Hilkes adds that they use seasoning but otherwise their products contain low amounts of salt, sugar and fat.

The company sells these three products to consumers in supermarkets. But they also offer them in five kilogram aluminium foil bags to business customers like catering companies, meat-processing businesses and soup and sauce producers. “These large packs are usually produced in the summer months – the time of year when there is a glut of tomatoes worldwide.” 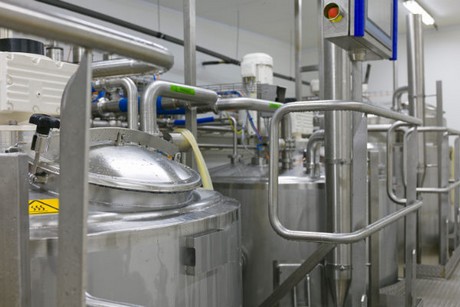 “We process tomatoes that are not suitable for retail into tomato sauce and tomato soup.”

Branching out
“Our first priority is to expand our brand in the Netherlands,” says Hilkes. “Thanks to Harvest House we have an extensive network, but their contact person mainly deals with fresh vegetable buyers.” Food Fellows’ products have a different market: the consumer. “We are still testing where to display our products – with the vegetables, chilled products or among the soups and sauces.”

Soups and sauces are already on sale at some local supermarkets, and the goal is to have products on the shelves at major supermarkets across the Netherlands by the second half of the year. At the moment Food Fellows is concentrating on the Dutch market, although products will also go on sale at a large German retailer this spring.

Healthier alternatives
“We also want to innovate,” says Hilkes. “Take paprika-flavored potato chips, for example. That is an unhealthy snack, containing 30 percent fat. Our aim is to contrast that with a healthy option containing less fat and more vegetables.” The company hopes to introduce an alternative snack product at Fruit Logistica, the largest fruit and vegetable trade show in the world, in 2020. “We also have a light and healthier type of sandwich spread in mind. I think that we can produce that within a year, but perhaps I’m being just a tad ambitious.”

Other alternatives are still at an early stage of development, but the mission is clear. Hilkes: “Ultimately we want all our products to be tasty and healthy with a low content in sugar, salt and fat. We want to use familiar ingredients with a high vegetable content. That’s something we won’t compromise on – so if a product proves impossible to make under those conditions, we won’t produce it.”