No relief in sight for Brussels sprouts shortage

Brussels sprouts production in North America is undergoing the transition northward. However suppliers say this process is taking its time, with the new crop in Santa Maria coming in light and staying that way. Mexico is still supplying the majority of product to the market, but the season is starting to wind down now as summer approaches. This is fueling a shortage of Brussels sprouts in the market.

"The Mexico season has another month or so to go before Brussels sprouts transition entirely to California," noted Steve Bontadelli of Pfyffer Associates in Santa Cruz. "Some volume has been coming out of Santa Maria since late March, beginning of April so currently we have a bit of overlap. However, production in Santa Maria has been slow to get going and as a result, supplies are very light." 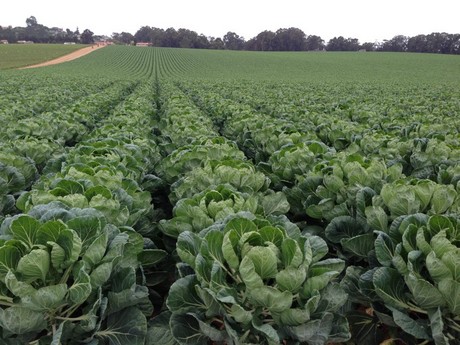 Market has almost doubled in the last month
The tight supply situation has resulted in a very strong market. Prices are significantly higher than they were a month ago and there is no relief in sight as the Santa Maria crop continues its slow ramp up. The heavy rain in California earlier this year has been blamed for keeping a lid on volume and the effects could stretch well into summer.

"Demand has been exceeding supply for the past three to four weeks," Bontadelli said. "Prices have increased into the mid-$40s, compared to last month when they were $24. We don't expect to see a big jump in supply anytime soon. Heavy rain early this year resulted in a delay to the start of the California season and it's going to cause issues later in the summer too when the effects of planting gaps due to the heavy rains begin to appear." 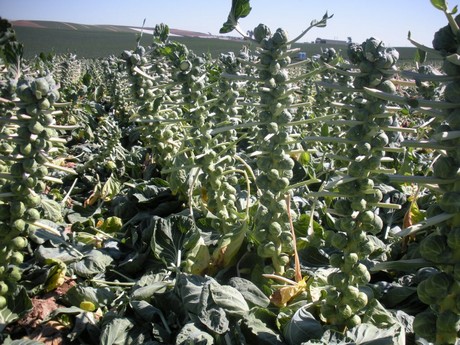 Well established product
Brussels sprouts as a category has been growing in the US, according to suppliers. Consumer interest in the product has been fueled by gourmet recipes and its use in restaurants as well as the trend towards healthier, easy-to-prepare meals. Bontadelli said there is now a plethora of options for Brussels sprouts packaging and preparation in the market, which is helping to drive demand.

"Brussels sprouts continue to ride the wave of popularity in the United States," he observed. "They are well established now in restaurants which is also helping to drive consumer demand. In the last few years, Brussels sprouts stalks have experienced big pulls during the Thanksgiving and Christmas periods. Supplies of stalks continue to increase in availability and are now for the most part, available year-round."