Massive flooding in KZN while yet another cyclone approaches Mozambique tonight 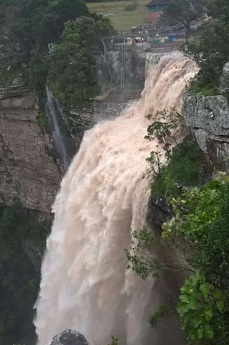 A massive cutoff low system over South Africa has caused havoc on the coast of KwaZulu-Natal, leading to a still rising death toll of 70 people, causing landslides, washing away cabbage, cauliflower, broccoli, green pepper, coriander fields on vegetable farms around Durban and inland.

In the central parts of the country there has been heavy rain and many reports of hailstorms. In the Eastern Cape, where three people died in the floods, pineapple harvesting was put on hold, particularly on slopes.

Meanwhile, yet another cyclone, category 4 storm Kenneth, is heading towards Mozambique which is still stricken by Cyclone Idai of last month, worsened by outbreaks of cholera and malaria. About half a million people are still displaced after last month's cyclone.

It is expected to make landfall tonight as it moves at 15 km/h. The South African Weather Service predicts winds of up to 200 km/h to accompany the storm. 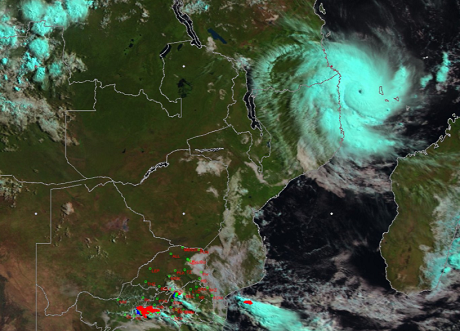 KZN coast: Over 500mm in 5 days
In the Port Edward area in southern KwaZulu-Natal a macadamia farmer reports 574mm of rain over five days, while Blaine Peckham, chairperson of the Southern KwaZulu-Natal Banana Growers’ Association, notes that most damage to infrastructure came from 100mm of rain that fell within the space of two hours on Tuesday night.

Banana production in KwaZulu-Natal will not be affected by the flooding because there weren't devastating winds, but roads, retaining walls, pipes and bridges, not to mention houses, have been severely damaged and the area has been visited yesterday by President Cyril Ramaphosa who has promised emergency relief funds. 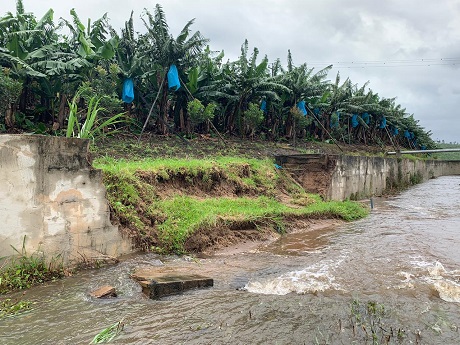 Flooding has caused damage to infrastructure, but the absence of strong winds has spared banana plantations

“In my 25 years that I’ve lived on the KwaZulu-Natal coast I have never, ever experienced anything like this,” a subtropical farmer tells FreshPlaza. Motorists were forced to drive through metre-deep water as roads suddenly became engulfed.

A relief coordinator at the National Disaster Management Centre has told FreshPlaza that the magnitude of these storms is certainly unusual for South Africa. 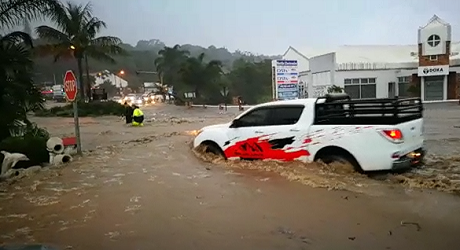 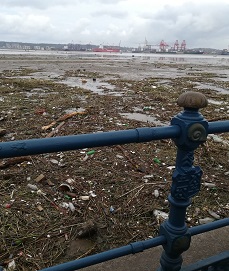 At Durban harbour operations are back to normal. Yesterday city traffic was still congested due to flooded and damaged roads to such an extent that vehicles had trouble making it into the harbour.

Debris, consisting of a huge amount of plastic waste, covers the sea surface in the harbour (photo right) and frames much of the coastline.

Rain is continuing over much of the country, despite expectations that the rain would clear, disrupting the harvesting of many fruit and vegetable crops in the eastern and central parts of the country, sending up prices. A fresh produce buyer for a major retail chain predicts that serious supply problems could develop over the coming weeks. 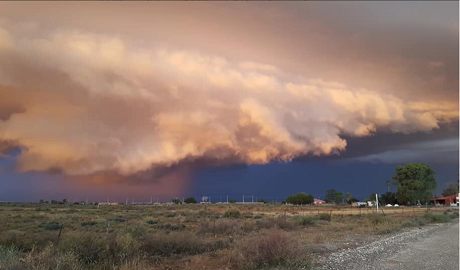 Ominous cloud formations over the Northern Cape, almost 1,000 km away to the west, while rain bucketed down over the east of South Africa (photo: Elize Esterhuizen)