US garlic importer: "Spain is becoming the new China"

With the current influx of garlic, prices for the commodity are being pushed lower and lower.

“There’s a lot of Chinese and Spanish garlic right now,” says Juan Pablo Lozano of Miami, Fl.-based Garland, LLC. “Spain had a huge crop—they’ve had good years for the past five years and I think they’re becoming the new China for garlic.” He adds that while Spain only used to do fresh garlic, it’s now expanded into supplying three- and five-packs of garlic as well as peeled garlic. 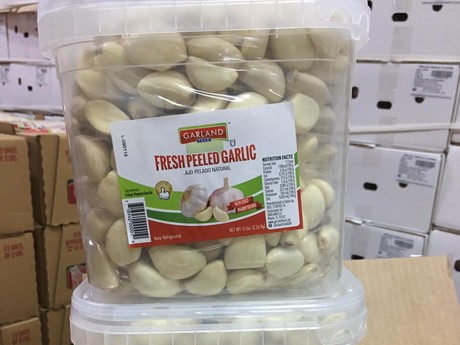 Meanwhile China has increased production as well. In part, Lozano notes that with a decision coming in May from the U.S. Department of Commerce regarding anti-dumping of products, it feels as though shippers are bringing in a lot of product before that decision lands. “There are too many people playing in the game,” says Lozano.
At the same time, while Argentinean garlic has wrapped up, Peru, who is virtually a year-round supplier, also has some supplies.

Tough competition
“And while demand for garlic is decent, the competition is hard because we have to compete on price,” says Lozano. “Everybody has product and you have to drop the price if they’re not selling.”

It’s a different picture from last year at this time when prices were good and almost twice as much as what garlic is selling for today, approximately $35 FOB. “The market went down and then up a little bit and now it’s dropping again,” he says. Today, the range is between $25-$35.00.

Looking ahead though, Lozano predicts prices may hold at the current levels, if not drop even more. “At the end of May to the beginning of June, Spain and Mexico are coming with new crops and China will have a new crop,” says Lozano. “But they have a lot of old crop too so they have to finish the old crop before they move on the new crop.”