Poland: Soft fruit sector in Lubelskie - How to build a value chain?

Following last year’s low market prices for fruits as a consequence of record harvests, the Marshall office in Lublin together with the Embassy of the Netherlands organized a conference on “soft fruit production, how to build value chains?”. At the conference several stakeholders of the production chain were present, agreeing on lack of cooperation, fragmentation, increased attention for food safety/CSR, need for market orientation, labor shortages and breeding rights as important issues for development. An overview of the situation.

"Berry Valley"
Poland is a leading player in the world’s entire berry production, it has a market share of approx. 8/9%. It is the main EU supplier of berries. It is the biggest EU producer of raspberries and black currents, and EU 2nd largest producer of strawberries. In Poland, around 300 000 small and medium farms are cultivating berries at an area of around 140 000 hectares, annual production varies between 500 000 and 650 000 tonnes annually. Only a limited amount of berries produced in Poland are exported as fresh fruit. Most products stays on the local market or gets processed. The three most important berry cultivating regions are the Lublin, Mazovian and Łodz voivodships producing around 70% of the entire berry outputs. The Lubelskie region produces almost half of the total Polish production of berry fruits, it is one of the most important production regions for raspberries (80% of Polish output of raspberries), (black) currant (50%) and strawberries (28%). 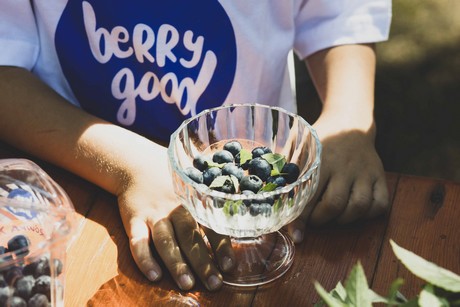 SWOT analysis
Many Polish producers have committed themselves to professional soft fruit production. However, at the same time, large numbers of small growers have difficulties meeting quality demands of the market, mainly retailers and have too high cost prices to justify profitability. In general, the Polish soft fruit sector looks well under control and structured, especially when compared with countries like Serbia or Ukraine. In the light of the 2018 season with very low prices & unprofitable production, a changing market and before the start of the 2019 season, a SWOT analysis of the Polish soft fruit chain was made. The SWOT analyses resulted from desk research and a wide range of interviews with Polish and Dutch representatives of different actors of the soft fruit chain. It was presented, discussed and made concrete with practical examples during a conference, organized on April 11 2019 by the Marshall office in Lublin and the Embassy of the Kingdom of the Netherlands. Based on the discussion, several developments and challenges can be identified: