A number of late season mandarins are at their peak right now, including the Ojai Pixie tangerine. This small-sized variety has a season of just over two months. This year, the season began in March and is expected to last through May. Growers say this is earlier than the traditional seasonal span, but add that this has been the case for the past eight years while California has endured an extended period of dry and warm conditions.

"The Ojai season is a little bit earlier again this year," observed Emily Ayala of Friend's Ranches. "The 2018 spring bloom was early because of warmer than average temperatures as well as the drought conditions, so therefore the fruit came on earlier as well. However, this is the first year we have been out of drought for eight years. Consequently, the 2019 spring bloom has been huge so we are hoping that things will get back to normal for next year's crop. However, this is still a long way away and a lot can happen in that time. Typically the season begins in March and ends at the beginning of summer." 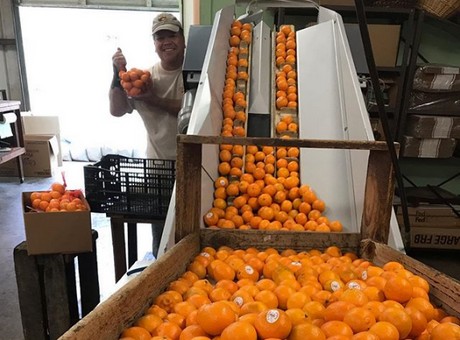 Mandarins still relatively new on the broader US market
Mandarins are still relatively new to the US market in comparison to other citrus items. Their popularity has grown significantly however, with growers saying their appeal as a snack for children is helping them gain traction. Ayala mentioned that Friend's Ranches were growing and selling mandarins decades before they spread to the wider US market and in that time has focused almost exclusively on Ojai Pixies.

"Ojai Pixie tangerines are a late season variety and that is the market we have been targeting since the very beginning," she said. "Our company has been around since 1970 and my grandfather was growing and selling mandarins as early as the 1920s. During the early years before mandarins became widely popular in the US, the primary market was migrant groups and for holidays such as Chinese New Year."

Ayala also explained why growers believe Ojai Pixie tangerines in particular are ideal for kids. "Ojai are great for kids due to their low acidity. Although the BRIX level is similar to that of other mandarins, the lower acidity makes them taste sweeter." 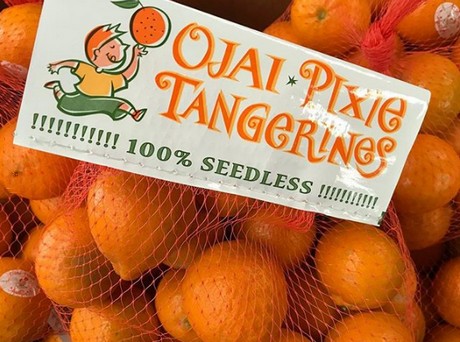 Ojai Valley provides ideal climate
Friend's Ranches are one of many growers in the Ojai Valley in southern California that grows the mandarin variety bearing its name, which incidentally is a Native American word. According to Ayala, the Valley provides an ideal climate for the citrus, which she says is important to obtain the best quality Ojai Pixies. The company is one of around 50 growers in the Ojai Valley who sell under the Ojai Pixie Growers label.

"Ojai Pixie tangerines have to be grown in the right micro-climate. In fact, all mandarin varieties are micro-climate dependent, which affects their flavor and sweetness. Another factor that sets us apart is that we pick to order, leaving the fruit on the trees for as long as possible. Our main focus is on selling flavor and keeping it fresh."

"Our mandarins are sold worldwide," Ayala continued. "One of the buyers even distributes into Japan. About half of the mandarins grown in the Valley are sold through Melissa's, which distributes them nationally."