BioBee South Africa was founded in 2014 and focuses on rearing and selling beneficial insects throughout the country. Recent changes to chemical protocols for agriculture exporters and rising chemical resistance oblige farmers to look at alternatives, which allows biological control companies like BioBee South Africa to gain momentum.

BioBee SA is the biggest insectary in South Africa and prides itself on its dedicated service as well as its exclusivity in rearing some of the beneficial insects which provide control of phytosanitary pests in the agriculture sector. 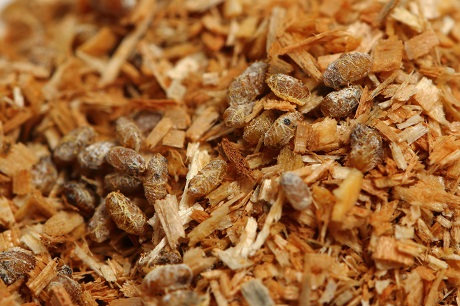 Pupae of the parasitic wasp Anagyrus pseudococci, mixed in sawdust, offered by BioBee as the BioAnagyrus biological agent against  mealybug

The company's products are sold to clients as well as to other IPM companies in the country.

“If you compare a bottle of poison with a bottle of our product (say, larvae to emerge in an orchard), our solution is more expensive but at the end of the season the cost of spraying programmes versus a programme of integrated pest management comes to the same,” explains Lezel Beetge, entomologist at BioBee South Africa. “Farmers sometimes think our solutions will work as immediately as poison, but it takes about four weeks to see results. It’s a process that you have started and its effect runs for months, throughout the entire season, to  basically provide a sustainable solution.”

“We concentrate on field service”
BioBee first looks at a client's current spraying programme to devise an IPM package of the right specie of natural enemies, based on the pest's specie present in the crops (predators are very particular about their targets). Sometimes, she says, residues from previous spraying coincide with unfavourable weather conditions which might impact the beneficial insects, and for this reason they provide a rigorous field service, comprised of field visits and consultations following the natural enemies' release, to monitor pest pressure.

“We concentrate very hard on our field service,” Lezel says.

They find that producers who have used beneficial insects before, are able to project their requirements in advance – December to February is the peak release period – but new farmers often come to them in response to pest pressure and ineffectual chemical spraying due to the development of resistance by pests.

Mealybug is a significant pest which many farmers still spray against, but BioBee believes and, they say, have proven that mealybug pressure can be resolved by the use of only beneficial releases.

A lot of potential in vegetable sector
“We’re very keen to become more involved in the vegetable sector with products that we import from BioBee Israel, targeting thrips, whitefly, red spider mite, leafminer, Tuta absoluta and aphids. We’re already supplying bellpepper growers in Limpopo and the Western Cape, cucumber growers in the Western Cape and also working with baby marrow and tomato farmers,” says Lezel, who worked at ZZ2 before.

“Of all the BioBee subsidiaries in the world, we’re the only one with a main focus on fruit, because citrus is such a massive industry in South Africa.” 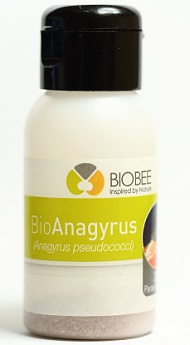 The company is currently supplying beneficial insects to over 10,000 ha of citrus in Limpopo and Mpumalanga, and since they have an agent in the Cape, their penetration into the Western and Eastern Cape has also grown.

BioAnagyrus, BioCryptolaemus, BioNephus and BioPerminutus are some of the biological agents that are grown at their insectary in Letsitele from where they are sent to farms across the country in temperature-monitored cool boxes.

By the nature of their product, the shelf life of products cannot exceed two weeks. They are currently expanding and upgrading the facility to supply an increased demand (particularly as a response to recent changes by the EU on allowed chemicals) and a greater range of products. Should they ever run out of stock, they can import supplies from their mother company BioBee Israel.