Jazz apples off to Japan to 'Jazz up' Golden Week

Around 550 cartons of crisp JAZZ™ apples, fresh from the orchards of Hawkes Bay, are winging their way to Tokyo in Japan in time for the country’s biggest celebration – Golden Week, following this season’s New Zealand Jazz™ harvest.

The apples will be kept at zero degrees in the cargo hold of the Air New Zealand Boeing-787-9 Dreamliner which departed from Auckland airport this morning carrying approximately 10 tonnes of Jazz™ apples bound for Narita airport in Tokyo.

T&G’s director of category-apples, Sarah McCormack says in total T&G Global, the largest exporter of New Zealand apples to the world, expects more than 150,000, cartons of Jazz™ apples will be exported this season, mostly via ship and some, like this order, by air. 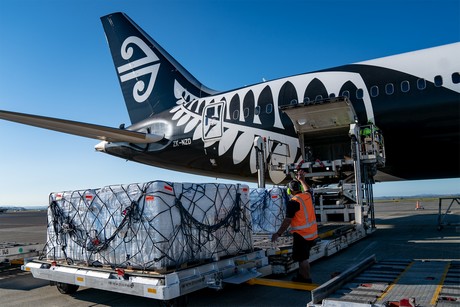 New Zealand’s home-grown hero of the apple world, Jazz™, has grown in popularity significantly to the point it is now the number one premium imported apple in Japan.

The apple is so popular in the Japanese market that there is a Jazz™ Apple Anniversary Day celebrated every year (June 28).

“Japanese apple lovers have really embraced Jazz™ apples since they were introduced to consumers in 2011 and we’re looking forward to sharing this special fruit with fans and introducing it to new consumers this year,” she says. 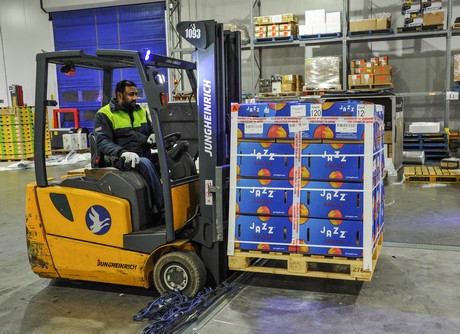 Golden Week is Japan’s annual springtime holiday, falling between late April and early May, and is a time for celebration, including the arrival of new season fruit.

“With the first of the air freighted fruit safely on board, our apples can be on shelf and enjoyed by our Japanese customers within 24 hours,” Sarah says.