Tomato supplies from the northern summer tomato production areas have been significantly down over the past weeks, with market agents at the municipal markets in Gauteng noting that tomato volumes are about 40% lower than usual, giving a good opportunity for Cape tomato producers. 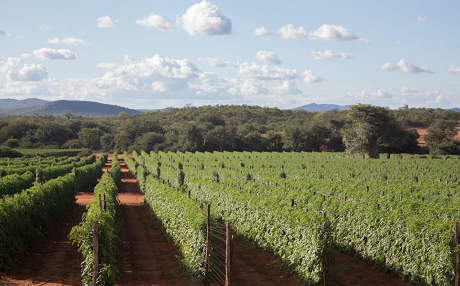 Supermarkets have had to quickly find alternative tomato supplies. A tomato trader says: “It was a crisis for supermarkets. They streamed to us and told us: we’ll pay whatever, just get us some tomatoes.”

Consequently tomato prices are high, especially in the north: R15 (0.9 euros) to R18 (1.13 euros) per kg, versus around R10 (0.6 euros) per kg in Cape Town. “We’d also be sending to Gauteng if we could,” says a tomato producer in the Eastern Cape, “but our volumes are very low this time of the year, just enough for local demand.”

A Gauteng greengrocer tells FreshPlaza she paid R110 (7 euros) for a 6kg carton of tomatoes at the market last week. The way in which Cape producers have been able to fill the tomato gap, a trader points out, is an illustration of the health of the South African fresh produce market.

It’s been a very difficult season, say tomato traders – one even calls the situation ‘tragic’ – but towards the end of April the winter tomato production areas in the southern Lowveld and Limpopo Valley will start entering the market and the supply should return to normal.

Dry springtime and late rain boosted insect populations
According to the South African Weather Service, central Limpopo had an unusually wet January, well above the monthly average, after an unusually dry springtime.

“Our rains came very late this year. There was no rain during September, October and November. The actual rain only started in December, and when your springtime comes so late, insect pressure is much higher than normal,” explains Tommie van Zyl, CEO of tomato giant ZZ2. “So, there are more problems with insect infestations and damage like leaf miners (Liriomyza trifolii), although we have it under control. The higher insect pressure affected the harvests of October and November, so that has already passed.”

“Then it started raining very heavily, and I think that’s where the bigger problem came,” he continues. “As a result of high humidity and the difference between the maximum and minimum temperatures, there occurred a lot of flower drop across the whole industry. The consequence is that the volume of production is lower than usual.”

He notes that the Western Cape had some problems with powdery mildew, caused by very dry conditions.

“Lastly there was some hail, not devastating hail, but it has left its mark on the plants.”

In the Northwest Province, another large summer tomato production area, heavy rain has been followed by extended periods of overcast weather, inhibiting transpiration. The area has heavy soils in which anaerobic conditions can develop and FreshPlaza is told of high disease pressure, like soilborne fungal and bacterial pathogens, a situation that is not helped by the varying water quality of the area.