US raspberry market tightening up

Supplies of raspberries are reportedly tightening up as Mexico's export season begins to wind down. California production is still light but starting to see more volume as its lengthy season gains momentum. "We are seeing some domestic production starting up around the Santa Maria area," observed Peter Hill of Berry Fresh. "However, supplies are still light as we are just beginning. Our Mexico season in Michoacán is currently in the process of finishing up."

With the transition taking place and generally lighter supplies of berries, the market is firming up. Prices are a little higher than they were at the same time last year and for the moment, there is no reason for things to change in the short term.

"The market is tight right now, with prices at $28 as of the end of last week," Hill noted. "For this time of year, it's stronger than normal as there is a general shortage of berries in the market." 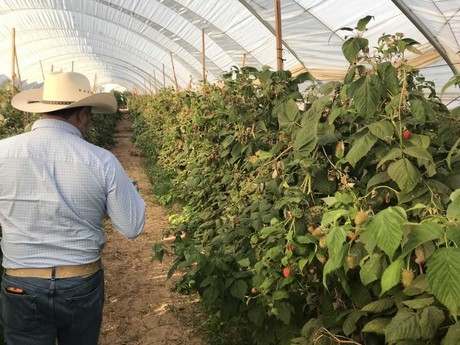 'Adelita' raspberry performing well
Berry Fresh has been growing the 'Adelita' raspberry variety since 2013. Hill explained that this cultivar originated in Spain, having been developed by Planasa more than a decade ago. The variety is considered rather robust and therefore provides the option of a lengthier season. Additionally, the berry has been favored for its size and flavor, according to producers.

"We grow the Adelita raspberry which we launched in Mexico back in 2011," Hill said. "It's a nice, large berry and has been one of the most successful raspberry varieties we've ever had. As volumes increased, it really took off and has been a great success with customers." 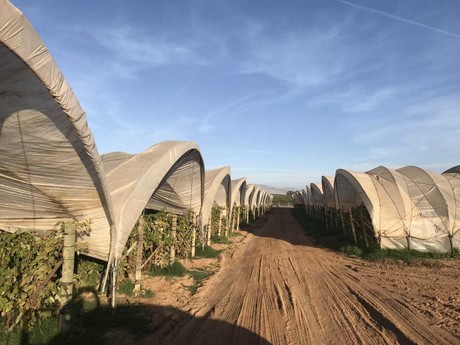 New blackberry variety taking over from Tupi
Another development in the works is a newer blackberry variety that Berry Fresh has started to roll out. Called 'Sweet Caroline', the company is still in the process of building more volume, with the intention to gradually take over from the Tupi variety.

"One of our new blackberry varieties has just started coming out of Mexico," Hill shared. "It's called 'Sweet Caroline' and we are looking at this variety to replace the Tupi. The Tupi is a good variety but it has been around for quite a long time now. Berry Fresh is always looking to innovate and therefore we hope that Sweet Caroline will be a great success."