Six years ago, Melinda started storing apples in underground caves at a depth of 300 meters. It is now investing approximately €7 million in the fourth section to reach a total capacity of 40 thousand tons. The underground units are located a few kilometers from the Mondo Melinda headquarters in Trento. 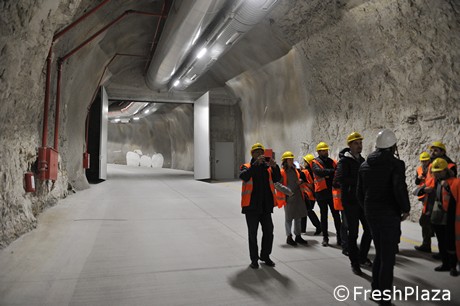 "The underground units are cold storage warehouses. They are located in the Rio Maggiore quarry which the Tassullo company uses to extract Dolomia slabs," explains marketing manager Andrea Fedrizzi. 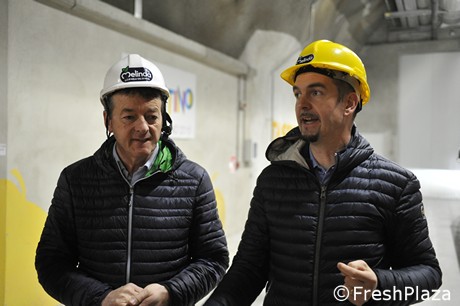 Dolomia, the Dolomite rock, is the best insulating material. It cools the units without using up energy. At this depth, the rock has a constant temperature of 10°C so taking down the units to 1°C is much cheaper than in traditional units. 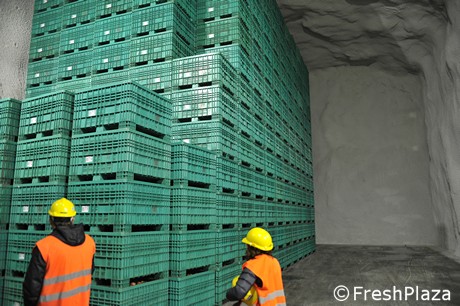 Bins in a unit

The great advantages of underground units are: water saving and therefore the possibility of using geothermal energy to cool the compressors, elimination of the very polluting foam polyurethane insulated panels, safeguarding of the landscape and agricultural territory by avoiding the building of warehouses, usage of an existing quarry. 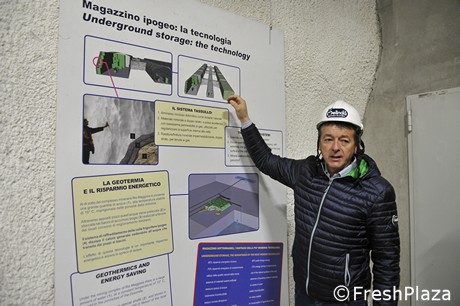 The impermeability to gas is guaranteed by the rock and a thin layer of spritz-beton, while insulation is ensured by the rock mass with a thickness of 5-7 meters. 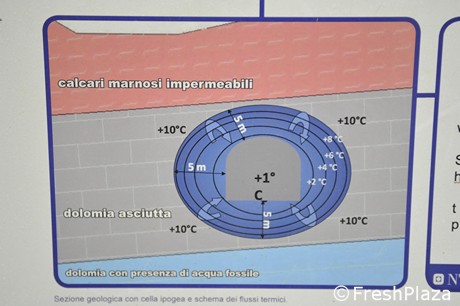 "From a technical point of view, this site covers 15 kilometers on three levels. Galleries are self-supporting but are anyway reinforced with metal plaques. 2.5 hectares of units are currently employed," explains quarry manager Fabrizio Conforti. 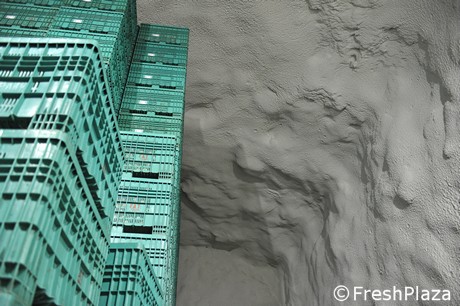 "There was a lot of skepticism at first. The hardest part was maybe convincing the partners that it was a valid innovative idea. So far, we have invested €25 million and we will now start with a fourth section to reach a capacity of 40 thousand tons," explains Mauro Erlucher, production manager from coop Cocea del Consorzio Melinda. 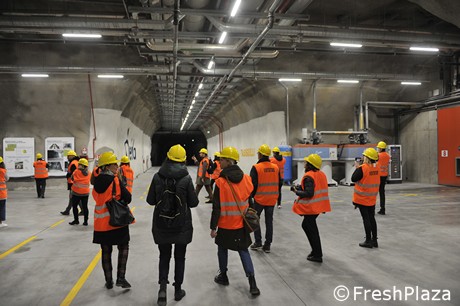 It takes around 18 months to build a new underground unit. Tassullo technicians break the rock with explosive micro-loads and then the system is put in place. An average unit is 25 meters long, 12 meters wide and 11 meters high. 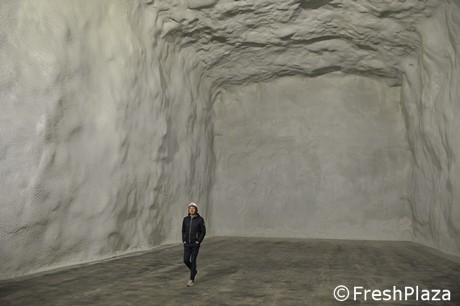 The engine room features freon compressors and a heat exchanger to cool glycol which in turn refrigerates units. There is no ammonia, which is a great advantage in terms of safety and respect for the environment! In addition, there is a large tank containing approximately 100,000 liters of water pumped underground. 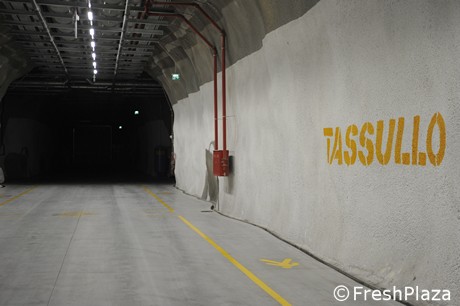 Water is filtered by the rock thus becoming bacteriologically pure and therefore good to drink too. It is collected at around 100 meters underground where the clay layers prevent it from seeping. 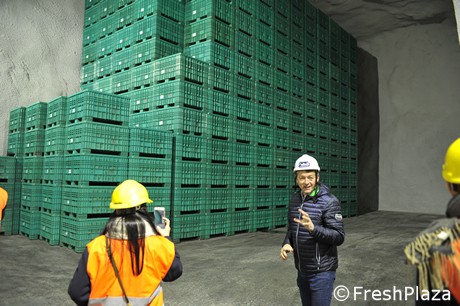 The water in the tank is used both as a reservoir in case of fire and mostly to cool down the compressors. The control unit enables the setting of the desired parameters and monitor the functioning of all systems remotely. 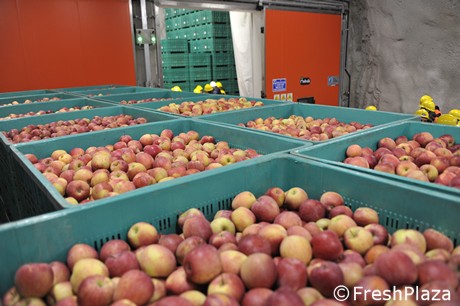 "In the future, we would like to create an itinerary for tourists so we can actually show them what can already be seen at Mondo Melinda's Golden Theatre on a virtual tour. Melinda will celebrate its 30th anniversary over the next few months."