North American apple growers are headed towards finishing what looks to be a season with smaller volume.

“Come the first of June, we’ll be all but finished up. We’ll have an earlier finish date this year than what we’re accustomed to. We usually go until mid to end of July,” says Scott Swindeman of Sparta, MI-based, Applewood Fresh Growers, LLC. “The crop in Michigan wasn’t as large—it wasn’t what we were expecting it to be. Certain varieties had issues with size so smaller fruit was also a factor.”

In terms of varieties left, Swindeman is working with Fuji, Gala, Red Delicious, Golden Delicious and Jonagolds primarily. “We’ll probably finish with galas before we do any of the other ones,” he says. 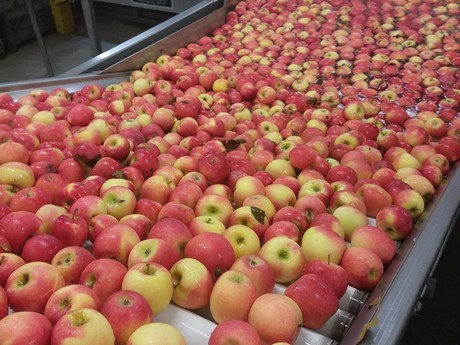 Good demand throughout the year
Over at United Apple Sales of Lyndonville, NY, it’s aiming to pack apples through most of June which is about as per usual. “We still have plenty of McIntosh, Ruby Frost and Red Delicious varieties around,” says United’s Brett Baker.

This season, domestic demand seems to be strong for apples. “It’s been good. It’s about the same, perhaps down slightly but that’s by design too trying to stretch a bit with our customers,” says Swindeman.

Baker notes that right now, demand is strong though he’s anticipating that to drop somewhat thanks to Easter. “Historically demand around the week of Easter, so 5 days before and 5 days after, tapers off a little bit,” he adds. 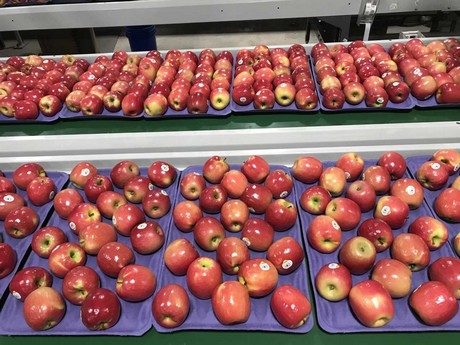 Export hurdles
Strong domestic demand is welcomed particularly after a challenging export season. “The export markets are down for multiple reasons,” says Baker. “There’s a strong US dollar and that’s difficult for us to deliver at the pricing that they need to stay competitive. Europe had a very large apple crop this past season and they’re delivering into the Middle East to India and some of the hot spot export destination that the US has enjoyed for the past several years. There’s lots of high quality and lower-cost fruit since they have much less in freight than we do. Trade policies in China have also hurt us.”

That said, domestically, pricing is described as fair and consistent. “It’s been a typical season for pricing. It’s similar to what we had last year,” says Baker. However Swindeman would have liked to see stronger pricing. “Based on the size of the crop in Michigan and nationally this year, I’d categorize the entire season as disappointing,” he says. “In my opinion the pricing we’ve been dealing with all year long isn’t indicative of a smaller national crop.”