"Without viable policies, it is impossible to be a young entrepreneur in agriculture"

Bárbara Rivera, a native of Neda, in the Spanish province of A Coruña, started cultivating her 1,000 hectares of greenhouse space in 2013. Her idea was to grow healthy food for her daughters. Now she is also feeding Inditex workers. 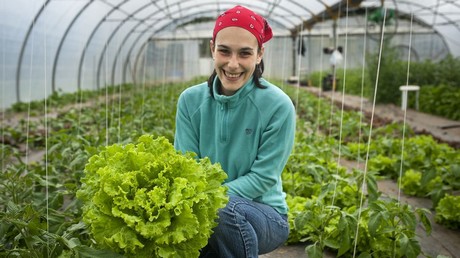 This young woman, with experience in the family orchard, saw a future in organic farming. She started by investing money in a second-hand greenhouse, and five years later, she acquired a new 2,000-meter greenhouse. Now she owns 1 hectare certified by the Consello Regulador de Agricultura Ecolóxica de Galicia (Craega).

The quality of her products has attracted companies such as Gadisa supermarkets and the giant Inditex, which take 90% of her production. The rest goes to stores, schools, nurseries and lunchrooms.

For the past 3 years, she has had a person on staff, but she still works 7 days a week. "To be an agricultural producer, you have to feel passion for the land. It is a demanding and often ungrateful job; agriculture is not for everyone," says Barbara. "Starting is difficult and meeting the requirements for certain subsidies is sometimes impossible, especially in an unstable agricultural sector," says Barbara.

"Those in organic farming, and especially those who are self-employed, need support from the Government. Without them, the sector cannot thrive," says the manager of Agronuquel. 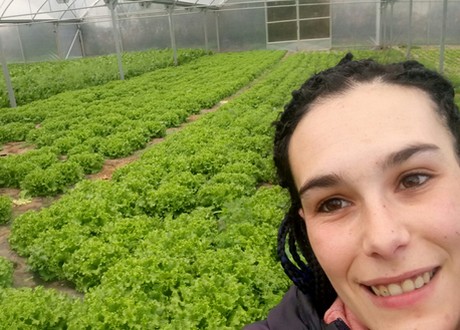 Her customers are powerful companies that support the local economy, boosting global change. The Inditex dining room is an example, offering its employees healthy food at a ridiculously low price.

"Big companies demand local and organic products. That change happening from above is important, not only at a corporate level, but also governmental. It is the necessary step for a sustainable change," says Barbara.

"Healthy nutrition is essential for me; that's indisputable" she adds. But the demand for given crops is subject to fashions. Arugula, a crop that I wasn't familiar with, now has a good demand and it is easy to grow organically. Another easy crop, not vulnerable to pests or diseases and which has adapted well to Galicia's climate is the green chard; however, it is neither fashionable, nor as popular as the yellow chard from Lyon," says Barbara. 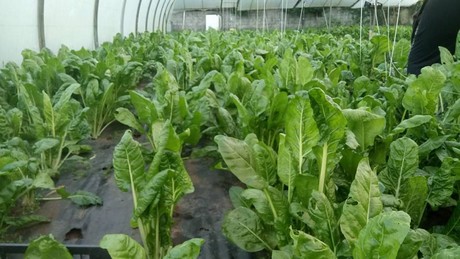 The summer campaign lasts about 3 months in the area and the climate makes it possible to cultivate a great number of crops. There is enough light, temperatures rarely ever exceed the 25 degrees Celsius, and there's also a good humidity. Barbara harvests red tomatoes for salads, black tomatoes from Santiago (fleshy, with few seeds, good sizes, little juice and an incredible taste), peppers (Lamuyo, Italian and piquillo), zucchinis and cucumbers. It has Swiss chard, spinach, lettuce (smooth, oak and curly), peas, pumpkin, eggplant, etc. all year round. In summer, all these crops grow quickly. 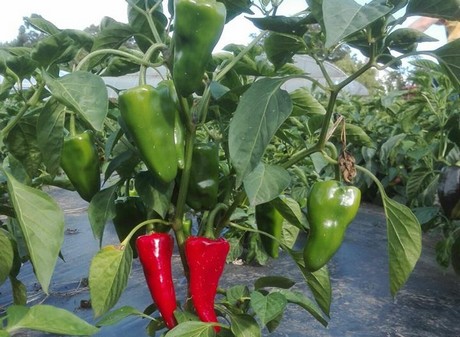 "This campaign, there will be an unpredictable harvest. The hot temperatures of February and March caused the production to be ready earlier, but now the cold is slowing the growth down," explains Bárbara Rivera.

"My only competition is the production from small land owners, as well as the lack of awareness. People confuse 'homemade product' with 'organic'," concludes Barbara.