Rocco Renaldi: “If SA takes on the EU, SA is going to have to be even better on compliance, particularly on FCM”

Citrus summit: European Commission is not hostile to trade with South Africa

Deon Joubert and Rocco Renaldi are the South African citrus industry’s envoy and lobbyist to the European Commission and, amid an acceleration of events around the vexed matter of citrus black spot, they provided delegates to the recent citrus summit with an understanding of the environment in which the European Commission operates.

Rocco Renaldi, the CGA representative at the EU, explained that the European Union finds itself in a difficult position with the rising forces of populism and Euroscepticism, as well as a redoubtable power bloc in Russia. “The EU cannot afford to look weak. It is trying to demonstrate its value,” he said, noting that significant institutional change will be following the European Parliament elections next month with a new European Commission taking office by 1 November. 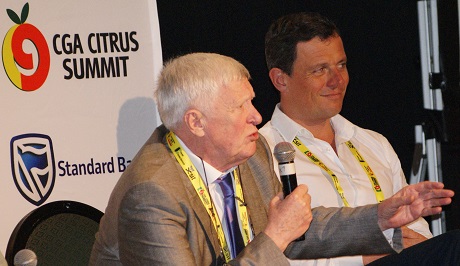 He pointed to the acceleration in the number of free trade deals the EU has concluded over the last few years as a way of entrenching its position in the world. Simultaneously, he said, purchasing power is declining in many European countries. “There are significant imbalances in the food chain in Europe. Spanish growers face the same problems just like any other grower in Europe, with retailers that are increasingly squeezing margins and the EU is trying to pass legislation on unfair trading practices.”

European farmers get significant agricultural subsidies but in Europe, Rocco noted, there isn’t necessarily awareness that South African farmers are competitive with no subsidies from government.

SA stuck in the middle between competing interests in Brussels
“The European Commission has limited room to manoeuvre. When we go to see the Commission they’re not a hostile entity. They say it clearly: we need your fruit, we’re not anti-trade.”

He used the example of Xylella fastidiosa, the bacteria that has wrought havoc on Italy’s olive orchards, thought to have entered Europe through an ornamental coffee plant. “The European Commission cannot be seen to compromise on food safety and plant health.”

Regarding South Africa’s CBS travails, he explained that some member states might agree with South Africa’s position to relax the so-called emergency measures, but that the agreement of all 28 member states is needed and if the Commission doesn’t have a majority, they’re not even going to put any amendments on the table.

On the other hand, there are industries that are struggling and looking to Brussels for assistance. “Brussels is always a soft target, used extensively by those who have problems in the industry. South Africa is a little bit stuck in the middle. I wouldn’t expect much change in the short-term from a new European Commission or a new European Parliament which we expect to be more populist than it is now.”

Brexit means loss of helpful member state
“A post-Brexit UK might not look at CBS with the same attention, even though they’re going to be following the same system for the foreseeable future, but if and when Brexit happens, we are going to lose a very important member state with a high number of votes and it’s a member state that has always taken a pragmatic, helpful approach.”

“If the industry is facing nearly R2 billion [more than 125 million euros] in costs around CBS management and if the collective judgment is that the cost is unsustainable in the longer term, then we have no choice but to seek resolution on the fundamental disagreement on whether those CBS measures are justified or not. If the South African government takes on the European Union in a more formal manner, we’re going to be compelled to be at least as good, if not better, on compliance, particularly on false codling moth. We cannot give an inch on the record of last year.”

New initiatives proposed for how EU deals with interceptions
Last season, the first in which FCM was a quarantine pest, there were 9 FCM interceptions on 750,000 tonnes of South African citrus. Tanzania had 33, Uganda 46 and Kenya 54 interceptions on much smaller volumes.

As for citrus black spot, South Africa had two interceptions while Brazil had 26 and Argentina 18.

“On FCM we’ve virtually disappeared to the back of the queue as a defaulter. We’re the best of the defaulters, but our work to get here was massive and we’re not given the recognition we deserve,” noted Deon Joubert. “The European Commission has massive issues and it’s our job to present them with options in the way they deal with us. We’re looking at new initiatives in the way that the EU deals with interceptions."

He continued: "We want to go the route of a white list - focus on the successful suppliers, importers, and so forth. If we recognise or encourage those successful supply chains (who have never had any interceptions) with “fast track” access, this will motivate everyone to manage zero interceptions themselves. Additionally it will free up resources to manage and assist the few supply lines who do experience challenges and fix those.” 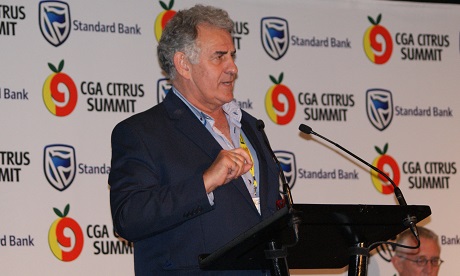 “CBS was a fantastic thing to get us fit for the phytosanitary risk mitigation game. We’re fit now and much better prepared to manage those risks and present our case.”