Extraction solution for potato and onion packer, Awex, in Poland

Over the years, Jongejans Luchttechniek has become a household name for extraction systems in the agricultural sector. These systems are developed in the Netherlands and then installed, worldwide, at many growers and packing companies. Issues with dust and skins are then resolved. 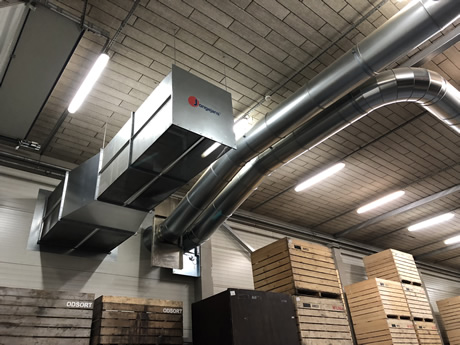 Recently, Jongejans supplied an extraction system to the potato and onion packing plant, Awex, in Poland. Skins and dust from the onions are sucked out of the supply line as well as from the eight packing lines. This chain filtering system makes for clean onions. These can then be packed, free from dust and skins. Jongejans also found a solution for the sealing smoke that is released during the packing process. 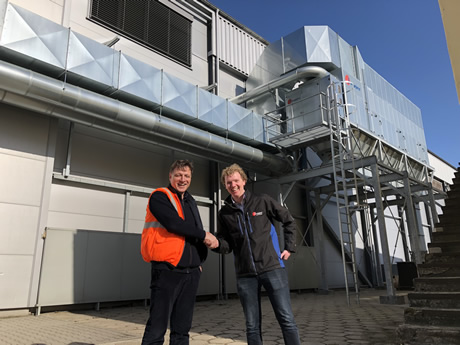 “An extraction system had to be specially designed to be able to remove all the sealing smoke from the rooms properly. From experience, we know that sealing smoke is very greasy. It sticks to everything. When it is extracted along with dust, the pipes become clogged quickly. " says Jesse Vonk from Jongejans.

"This is why had to suck the smoke out separately. We also developed a special fan for this. This fan is installed inside or outside the working area. It has a small pipe that leads outward. This fan does not get blocked like other fans would, if used for this."

All the air that is sucked out the building is then returned, filtered, to the space. It is extracted by one of the 40 carefully placed extraction points. This clean air is sanitized and returned at the same temperature. This system, therefore, also provides a climate-neutral solution, even during the winter. The system's capacity can be remotely adjusted. This means it will always meet the required need for real-time quantities of air. 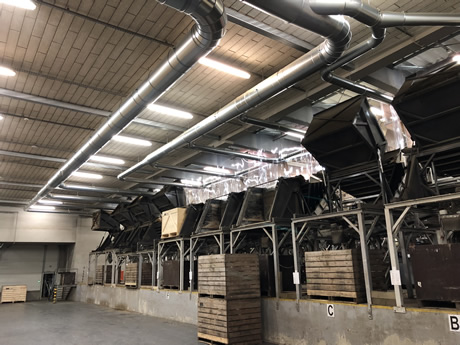 “When the system was delivered, our technical team was fully instructed by Jongejans. Now, we can make all the adjustments and changes ourselves. Jongejans in Den Helder (the Netherlands) is there as a backup," says Radoslaw.

"For us, it was a major advantage that we could keep working as normal while the system was being installed. The line did not stand still for a single day. Another advantage is that the system runs completely silently. That is no small thing if your house is right next to the plant."