The new trees produced their first fruit this season since being planted several years ago, but it will be another few years before commercial quantities are picked and marketing of the fruit gets underway – both domestically and overseas.

The new varieties are the result of a partnership between industry group Summerfruit NZ and Crown Research Institute Plant & Food Research. It has been described as a painstakingly slow process, with varieties selected for desirable attributes and then crossed with other varieties, leaving researchers to wait several years to see the outcome. 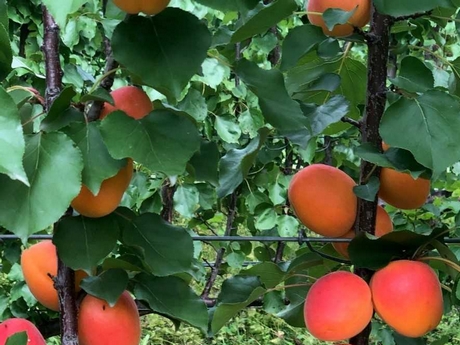 Currently known only as Nzsummer2, 3 and 4, the new apricot varieties will be named and marketed by a new industry-based organisation.

Summerfruit NZ board member Earnscy Weaver says there has been a decline in the volume of apricots grown in the country in recent years.

"The numbers are driven by export sales, with Australia having been our biggest market in the past," Mr Weaver said.

He says that there have been apricot breeding programmes for the last 40 years and, over the last 15 years, these have responded to customer demand for a more brightly-coloured fruit with lower acidity and higher sugar levels.

"Other fruits have adapted to consumer demand for sweeter fruit – just think of the tart apples favoured in the past," Mr Weaver said. "Now we have sweeter varieties of apples available, and it’s the same for nectarines and peaches." 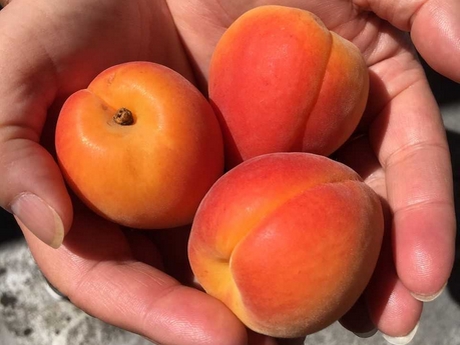 Summerfruit NZ believes the new varieties have everything the export markets want in their fruit, particularly those in Asia. While another advantage is that the fruit produces low levels of ethylene (a naturally occurring ripening agent), meaning growers have a longer picking window each season.

This is the ‘great leap ahead’ for the apricot industry, according to Mr Weaver. He believes the hard work and investment has paid off, with the fruit getting the approval from busloads of Asian visitors acting as unofficial taste testers at Central Otago orchard shops.

"Often with current apricot varieties, if you don’t pick them today when they are ripe, you won’t get them tomorrow because it will be too late," he said. "These new apricots hang on the tree for longer. I reckon they should be called something other than an apricot because they are just so different."

One of the new varieties ripens early and the other two harvest later – collectively offering growers a longer apricot season to meet both local and export demand. They are also hardier, coming through New Zealand’s winter frosts better than existing commercial varieties.

"This fruit just blows your socks off, if you are interested in apricots. It’s is very much going to be a deal breaker," Mr Weaver said.

"There are new growers coming in too," Mr Weaver said. "People are excited by this opportunity and also the general hype around horticulture at the moment. These new varieties will reinvigorate the apricot industry." 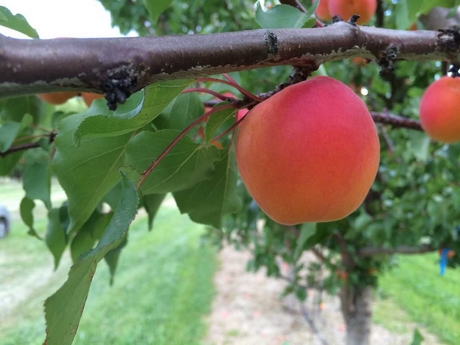 He adds the rapidly expanding cherry sector has led to an overheated cherry market and some who might have gone into that are now looking around for other opportunities.

Hawkes Bay grower and Summerfruit NZ board member Roger Brownlie is growing some of the new apricot varieties and recently opened his orchard for other growers to see how the trees grow and to taste the fruit for themselves. He says the new varieties produce a really nice piece of fruit that is sweet and has a very light apricot favour, making them very popular with his Ni-Vanuatu orchard workers. He believes they will also appeal to the Asian palate and be a good export earner.

He says the trees are relatively easy to grow and he uses the upright fruiting offshoots system where the limbs of the tree are trained upwards, making the trees easier to manage and to pick. One of the new apricots matures early enough for him to tack on to the front of the Central Otago export season and another will be picked by the time his apples need harvesting.

"I’m lengthening my season so I can make better use of my labour force," Mr Brownlie said.

He says he will definitely be planting more of the new apricot trees - and it is important that other growers join him so the industry gets a critical mass.

"It’s no good if people taste the new fruit and like it, but then can’t buy any," he said. 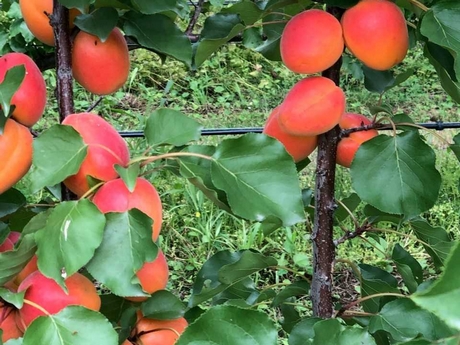 The new apricot varieties come at a pivotal time for the summerfruit industry, with Summerfruit NZ getting ready to begin a series of new market driven innovation projects to be known as Sensational Summerfruit.

"Sensational Summerfruit is a really bold plan for our industry and we expect it to lead to a trebling of sales figures for apricots, cherries, nectarines, peaches and plums," Summerfruit NZ chief executive Marie Dawkins said.

Summerfruit NZ has been working with the Ministry for Primary Industries to develop a Primary Growth Partnership which will invest more than $16 million in projects to be rolled out over seven years. Marie notes that Primary Growth Partnerships focus on making transformative change to an industry and Sensational Summerfruit will definitely be transformative. The projects will cover everything from customer preferences right through to picking, packing and shipping. Innovative new practices will flow through the entire industry.

"While the new apricot varieties have been in the pipeline for some years, it will be Sensational Summerfruit initiatives that build on this groundwork and get the new fruit to customers here and overseas once it’s available in commercial quantities," Ms Dawkins said. "Sensational Summerfruit will add value to these new apricots by creating a strong New Zealand brand and supporting it with marketing material. Promotion and marketing of these varieties into the right markets, the way the consumers want to receive them, is key to ensuring the long-term future of these lovely new apricots. Personally, I just love these apricots and can’t wait for them to be commercially available in my local shops."