The first asparagus grown in the greenhouse of the agricultural cooperative "La Misenate di Frattamaggiore", in the province of Naples, have been available on the market since the end of February 2019. This has occurred with a delay of 20/25 days in comparison with the previous campaign, due to changes in temperature.

"The commercial trend in the first week of March was quite satisfactory: we recorded prices of up to 6 euros per kg. Our cooperative has 40 hectares of asparagus cultivations, with an average production of 7.5 tons per hectare. At the moment we are still ranked at a high position, as other production areas are not yet ready for marketing. Prices are decreasing yet still satisfactory, as the asparagus are sold at 4 - 4.50 euros per kg", states Ciro D'Andrea Esposito, president of the cooperative. 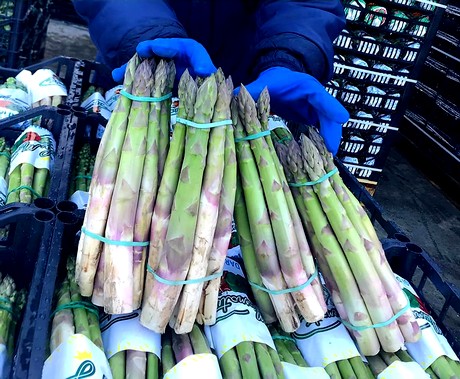 An image of the large caliber Darvador variety asparagus. "This is a new cultivar that replaces, for example, the Darbella variety and is sold at a higher price compared to the latter, roughly 1 euro per kg more", declares D'Andrea Esposito. 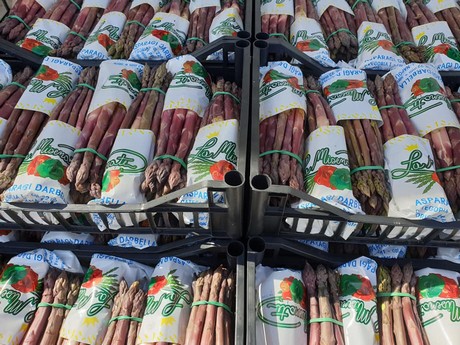 Misenate cultivates green asparagus varieties of the Spanish company Planasa, but 10-20% of the company's production is destined for an all-Italian niche, namely the purple asparagus. "This is a real delicacy and is more profitable than its classical green version. Currently, the price varies from 6.50 euros to about 7 euros per kg. The demand is constantly increasing and it is mostly sold in North Italy, especially in the region of Liguria", continues Ciro D'Andrea Esposito. 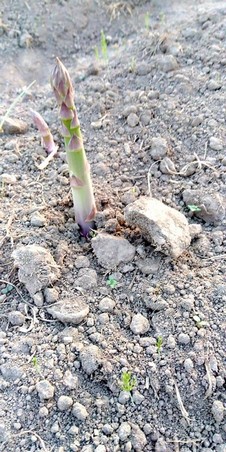 This variety will be available on the market until the end of March /10th of April. If the weather conditions allow it, the cooperative intends to also start open field productions, which are forecast to last until mid June.

"Our products are mainly sold in Northern Italy, because, due to the fact that we cannot offer a calibrated product of 500g, as required from abroad, we cannot export them. Basically, we cannot guarantee a uniform weight, because our bunches vary from 600g to 700g".

"In Northern Italy, our products are mostly sold at the main fruit and vegetable markets in cities such as Genoa, Milan, Bologna, Padua, Verona, Bergamo, Parma and Florence. Upon request, we also sell our products to some supermarkets", concludes Ciro D'Andrea Esposito.