The New Zealand Government (The Crown) has concluded its submissions in the Court of Appeal, in which it is seeking to overturn a judgement that found it should be held accountable for a Psa outbreak in 2009.

Last June, the NZ High Court ruled that the MPI (formally MAF) was negligent on several different occasions when it allowed Psa disease into New Zealand, after a 12-week hearing. The Crown lodged an appeal against the decision, which began this week, with a counter-claim still to be heard.

The plaintiffs (Strathboss Kiwifruit Ltd and Seeka Ltd) successfully argued that a shipment arrived from Shaanxi Province, China, in 2009 containing 4.5kg of pollen, anthers and other plant material that were infected with Psa - and that consignment was required by law to have been inspected by MPI at the border and biosecurity clearance should not have been granted due to material discrepancies. The concept of whether the MPI owed a duty of care to kiwifruit growers was at the centre of the court case.

The appellant's argument is that the High Court’s conclusions are unsound in law and fact, in terms of five broad “principal errors”, and should be reversed. 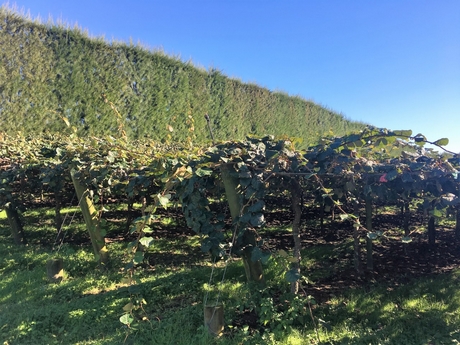 In its submissions, it says the judgment should be reversed on the basis of an incorrect implied premise that the Crown (or “MAF”) may be sued in tort directly, and not only vicariously. The Crown says the judgment seems to have "treated MAF as a corporate body which can owe duties of care to plaintiffs. Under the Crown Proceedings Act, the Crown can only be vicariously liable in tort for the torts of its officers or servants. The Judgment failed to identify any individual person who owed a duty of care to the first respondent, Strathboss."

As such, the appellant says that the High Court’s decision should be reversed, "leaving the balancing of important interests relating to biosecurity and international trade to be determined under the Act’s provisions and public law safeguards, without complication and distortion by private law negligence claims".

The appellant went onto say the respondent (the 212 Kiwifruit growers) did not establish that MAF personnel, with the knowledge available at the time, should have acted differently, and the standard of care applied in the judgment, requiring MAF personnel to have positive evidence of the absence of risk, is flawed. It is contrary to New Zealand’s obligations under its international trading arrangements to allow the import of goods unless there is positive evidence of risk.

The submission also highlighted that the judgement did not analyse what would have occurred had the MAF personnel acted “non-negligently”; and the respondent was required to prove that, but for the alleged breaches, imports of kiwifruit pollen would have been prevented.

The Crown is also arguing that the judgment was wrong to focus on whether a consignment labelled as kiwifruit pollen arriving in New Zealand in June 2009 was the cause of the incursion. It says there was a misunderstanding of the nature of the causation enquiry; that it is not to prove how a phenomenon occurred, but to prove that a defendant was responsible for particular damage suffered by a plaintiff. The submission argues that no one can yet say with valid confidence whether the June 2009 Consignment was the cause of the Psa incursion.

In addition to all of the above points, the appellant says the immunity provision in section 163 of the Biosecurity Act provides a defence to the respondent’s claims.

The Crown also made submissions regarding the respondents counter-claim that Seeka should also be awarded damages, which was rejected in the High Court's judgement. The appellant argued: "as a PHO (Post Harvest Operator), Seeka has no proprietary rights in the kiwifruit vines infected by Psa and did not suffer any property damage. Seeka simply provides growers with post harvest services and charges for those services".

The submission went on to say, most of Seeka’s other alleged losses arise in some way as a result of its contractual relationships and it is well-established that a contractual connection alone does not justify recovery of relational economic loss.

The respondent is scheduled to begin its 'counter-appeal' submissions in the Court of Appeal on Monday.