Lengthening of seasons in Europe and the USA exclude import grapes

Has the grape market reached its tipping point?

“The European grape market finds itself in a very unusual situation. Through a combination of factors, it has balanced itself out in a negative manner”, says Geoff Green, the Head of Grapes at the Capespan Group. He is also Head of Capespan Global Procurement in the United Kingdom.

There are larger trends behind the actual situation of the first few weeks of this year. In the coming years, these trends will have an influence on the grape market. Geoff mentions a number of factors that determine the situation in the market. They also illustrate the broader trends.

In the first place, he points to the other side of the ocean. There, American growers have experienced a large, good, late harvest. “The growers have also lengthened their local market into January”, Geoff explains. This has resulted in less demand for import grapes.

In Europe too, the season is being lengthened. “Europe is mostly saturated at the price level that growers need. The possibility of lengthening the season has a huge impact. It allows countries such as the USA, Spain, and Italy to remain on the market for longer. This reduces the need for imports.” 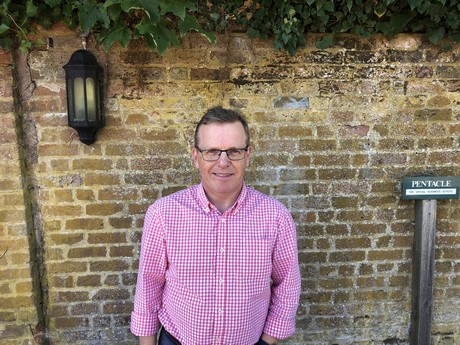 Europe and Asia are a safety net
This lower demand from the United States affects exporters in Peru and Chile. This is where you find the second factor. The Chilean grape exporters started the season early. The supply from Peru also recovered. However, both countries were confronted by a full American market.

Peru reported a substantially larger seedless grape harvest. Exporters could, however, not sell these large volumes in the US. Europe and Asia have formed a safety net for these large quantities. “Both countries had to export more grapes to Asia. However, in contrast to Peru, Chile hasn’t in recent years shipped their early grapes to Europe,” Geoff continues. According to reports, Peru exported twice as many grapes to Europe this year, than in January of the previous year.

The export potential also recovered in the neighboring country of Brazil. This was thanks, in part, to the Brazilian Real being weaker than in other years. However, the harvest also improved, thanks to new varieties. The foreign exchange market is the third factor that determined the grape market. The exchange rate determines whether export markets are attractive or not.

This is part of the reason why the UK is an unattractive market at the moment. The British market used to be considered an important sales market for all production countries. The Brits are, however, losing this position. Due to the advance of discount stores, price is becoming increasingly important on the British market.

“It is a price-fighters market. Prices that used to be paid were for premium, and better quality grapes is a thing of the past”, continues Geoff. “Yet, the British market remains the most developed grape market. This is in terms of the wide variety of packaging, colors, organic supply, and special varieties.” Finally, the British market is relatively limited in terms of its potential. This quickly creates a surplus.”

Those surpluses are funneled to the European continent. This continent is, however, not at the top of the list of desirable export markets. On the one hand, this is due to the exchange rate. The Euro is weak against the Dollar. This means most exporters give preference to the Dollar markets. On the other hand, the European market is all about supply.

“Demand is determined by the weather and the availability of other fruit. However, year-on-year, it is the volumes that determine the prices.” Add the lengthening of the seasons that the Southern European countries are implementing to this. This decreases the attractiveness of the European market. 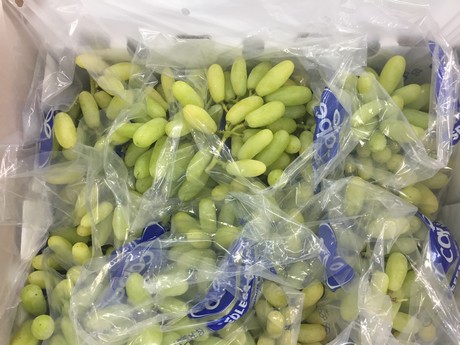 End to expansion?
In the last place, Namibia and South Africa have also come on the market. These countries started their seasons a week or two later than usual this year. The volumes of some varieties in these Southern African countries is also somewhat lower than expected.

Despite the delayed start to the season in Southern Africa, Europe was not prepared for the volumes being sent from Namibia and South Africa. In the Hex River region in the Western Cape in South Africa, grape cultivation has increased rapidly in recent years. The harvest is also looking very good and much bigger than last year.

Over the last two to five years, production in Peru and South African has increased dramatically. “Thanks to the current situation in the world market, everyone will have to think twice before expanding”, he continues. “Growers all over the world must take the impact the yields of new varieties have on volumes, global demand, and costs.”

Domestic market is essential
“A solid domestic market is important for grape growers in all countries. Growers must ask themselves where the increase in the global market is originating. In this way, they must control expansion”, Geoff says. “By exporting more grapes to established markets, only puts pressure on prices. It makes growing grapes less profitable.” 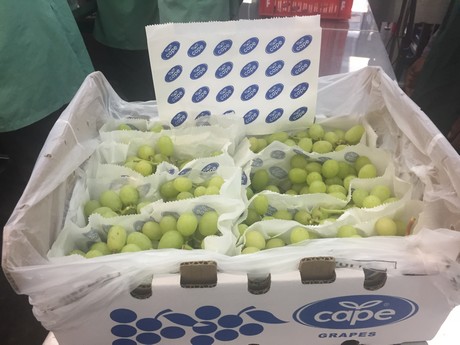 A country that is quickly considered when it comes to export opportunities in China. In recent times, this market has also grown for grape exporters. The cultivation in this country has, however, not stood still. It is also becoming an export country. About 300.000 tons of grapes are exported from China annually.

“The possibilities to increase imports in the future for Asia are very important. However, many Asian markets are not open for some of the largest grape producers”, Geoff continue. Egypt, India, and South Africa have limited access to these Asian markets. Chile, Peru, and the US do have complete access. However, transport times from these countries are very long.

Subtropical grape cultivation
Globally, there are, especially, many mid and late varieties available, says Geoff. In comparison, there are far fewer early grapes available. This is especially true for red, seedless grapes. “We have noticed a growth in cultivation in the areas you could call tropical or subtropical. These regions are in Brazil, Peru, and India,” he says.

“This means you can harvest a variety when you want, with the exception of the rainy season. This has the potential of filling every gap in the market. India has a good chance of expanding its production. This is thanks to the low production costs in that country. It is also close to important markets.”

The Indian season ended early in 208. In general, this lead to good results. The country is expecting a very large harvest this year. “This volume is thanks to an extended season on the market. It should well run until April”, Geoff expects.

Egypt had a cold winter. “This probably means a later start than last year. Then, exports started much earlier than usual. Every production country is confronted by different challenges,” Geoff concludes.