Mohamed Marawan of SaraFruit analyzes the apple season in Poland:

“Growers need to take better care of their apple orchards”

The Polish apple season is almost over and growers should already be preparing for the next season. The problems that came with the bumper harvest were obvious to some growers, but solutions must be found for next year if growers are finally going to make a profit from their produce again.

A lot has been written about the Polish apple season, and the European apple season in general. Mohamed Marawan, Managing Director for Polish apple exporter SaraFruit, predicted quite a few of the problems that the Polish apple sector had to deal with: “We’ve been saying from the beginning that apple growers need to take good care of the apple, which starts by taking good care of the tree. People have ignored this advice, but they no longer have a choice. Their apples are lower in quality and are probably still stored in cold chambers, while they hope for better prices to come. During this time their neighbour has already sold all of their better quality apples for a higher price than you can charge for them now.” 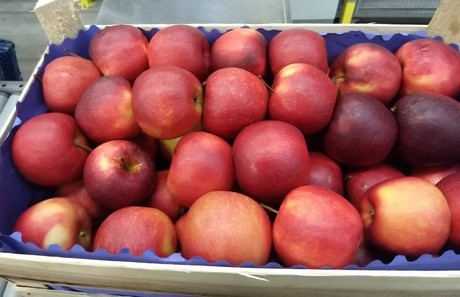 A lot of Polish growers opted to keep their apples in a cold chamber, waiting for the prices to get better. Marawan advised against this strategy: “The thought that prices of the apples would get better over time was an illusion, and I’ve told growers the same thing. The prices were not the problem, the huge amount of available apples was the real issue. And guess what? The cold chambers are opening, with prices dropping even lower now than they were before. This causes huge problems due to the rising costs, like electricity and labor. I feel growers need to focus on more popular varieties that have more value to them, like the Gala Royal and Golden varieties.”

SaraFruit sells most of its produce to Egypt, but thanks to the huge amount of apples being exported there, the Egyptians are currently reselling some of those apples to Russia: “Of course due to the ban, Polish apple traders simply can’t export to Russia. Egypt has gladly taken all of our apples though, like we predicted in the beginning. This is why we emphasized to the growers, pick up your apples and start sorting them now. You need to sell your apples as quick as you can, as once the season hits the end of March, you simply will not have a market to sell your apples to. North Africans will have loads of fruits of their own, and Europe has too many apples as it is.” 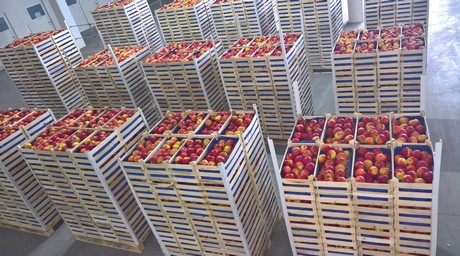 According to Marawan, this is where the Polish apple sector can really grow. “Growers need to be educated. Not only do they need to learn how to properly take care of their orchards, to increase the quality of their apples, but they also need to be educated on what varieties to grow and what strategies to apply. Once they take better care of their orchards, you’ll see them get the sizes people are looking for. At the moment we see sizes range from 60-70 and 85-100, but nothing in the middle. Even though the sizes between 70 and 85 are the ones that are in demand! A good example is a friend of mine, who grows apples for the sole purpose of exporting to Holland. Literally all of his apples are sized between 70 and 85 and he’s achieved it by simply taking good care of his trees.” Marawan concludes.